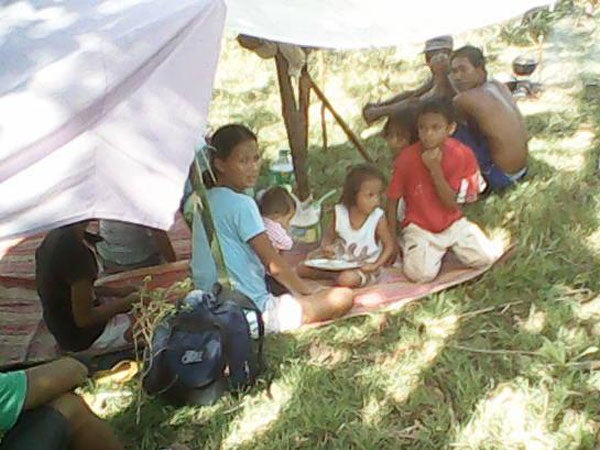 Residents of Culasi, Antique evacuate to higher ground after receiving false news that a tsunami was about to hit their town. CONTRIBUTED PHOTO/April Deevian Mosquera).

MANILA, Philippines – Residents from the northern part of Antique province fled their homes in panic on Sunday after false reports of a tsunami circulated.

The Philippine Information Agency (PIA) Western Visayas said that majority of residents from some towns evacuated to higher ground after hearing the misleading news.

Antique was among the provinces hit by Supertyphoon “Yolanda,” which killed at least 5,000 people and left half a million families homeless, last Nov. 8.

“Residents of Sebaste, Antique were pulled out of the comforts of their beds around midnight when talks about a tsunami that would hit the town spread like wildfire. About 90% of the residents scampered to the nearby hills for safety,” PIA Western Visayas posted online. 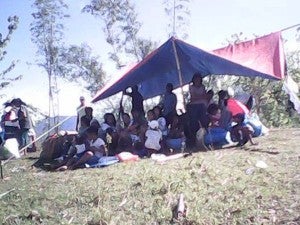 Residents of Culasi, Antique evacuate to higher ground after receiving false news that a tsunami was about to hit their town. CONTRIBUTED PHOTO/April Deevian Mosquera

“Text messages have been circulating as early as 1 am today regarding the tsunami caused by an earthquake with high intensity in Indonesia that caused panic of hundreds of people in northern Antique and forced them to evacuate in higher grounds,” it added.

PIA reported that municipal Mayor Bantog Varona was able to convince residents to return to their homes after the Philippine Institute for Volcanology and Seismology (Phivolcs) said it was not true.

Later, the agency said Elmer Relota of Phivolcs Antique dismissed that Antique was under threat of a tsunami, saying it was a false alarm.

April Deevian Mosquera, former councilor of Culasi, Antique, said residents from their town were also victims of the tsunami scare.

She told INQUIRER.net that some of their villages were completely abandoned after people ran to higher ground.

After storm surges hit Visayas and killed thousands of people, there have been similar instances of false tsunami warnings.

Earlier this month, residents of Calbayog City were reported carrying their possessions and heading towards higher ground after hearing news of a tsunami alert. But Phivolcs clarified that no such threat existed.