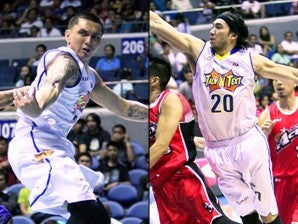 A complaint for violation of the Internal Revenue Code has been filed against Jim Olmedo Alapag and Jared Ryan Dillinger, both play professionally for Talk ‘N Text TropangTexters of Smart Communications.

Based on the complaint, Alapag earned close to P4 million from PLDT in 2007. His earnings from Smart amounted to P8.77 million in 2012 and the BIR placed his total income as a professional basketball player at P32.28 million.

The BIR computed Alapag’s tax deficiency at P17.86 million for the seven-year period, inclusive of surcharge and interest.

Meanwhile, the BIR said Dillinger earned P694,000 from PLDT in 2008. His earnings from Smart amounted to P6.48 million in 2012. Records showed that his income as a ballplayer has totalled P22.19 million.

Dillinger’s tax deficiency, said BIR is at P13.37 million, including surcharge and interest.