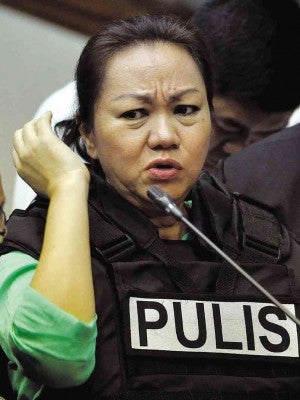 “JLN (Janet Lim-Napoles) should first admit her participation in the criminal conspiracy before we can ever consider her as state witness,” De Lima said in a text message to reporters.

“She has not done so. We all saw her stance during the Senate Blue Ribbon Committee hearing,” she said.

Senator Miriam Defensor-Santiago wants Napoles to become State Witness and identify the government officials manipulating the use of the pork barrel fund.