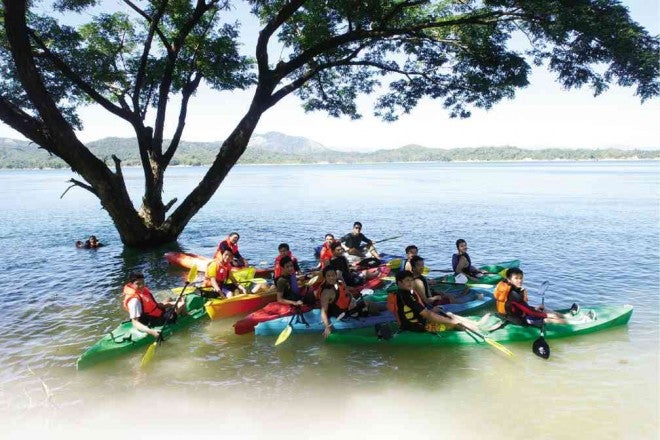 Getting ready for adventures in colorful kayaks

The boys’ jaws dropped. They gazed at the lake, the grass, the trees—everything—in awe. 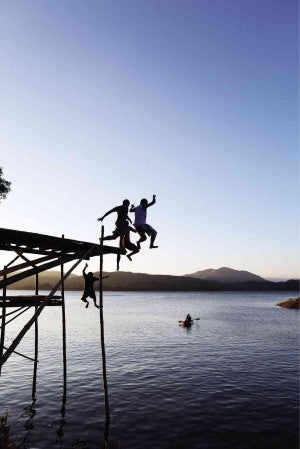 BOYS will be boys: Leaping into the dam

“Some boys gasped in delight,” says another parent, Mari Delfin, whose son, Julian, is Paco’s classmate. “They rolled around on the grass. One boy walked barefoot, wanting to feel the grass on his feet.”

“While some boys might have gardens at home, they were never allowed to take off their shoes and walk barefoot,” says Tantoco. “For a weekend at least, and for the first time in their lives, most of the boys could really play.”

During the semester break in October, 30-plus boys, accompanied by seven parents, journeyed north to Pantabangan Lake in Nueva Ecija province—four hours by car from the Ateneo campus.

The surroundings are breathtaking—the cool blue of the lake, against an even bluer sky, ringed by forests and mountains teeming with wildlife.

Recounting their time at the lake, the boys say they had never ventured into the natural world before this, as they mostly stayed at home with only their gadgets to entertain them.

“We envisioned the trip to be a bonding activity,” says Delfin. “We wanted the boys to talk to each other, to interact with one another with few or no distractions.” 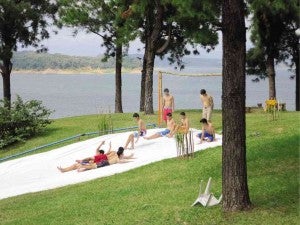 How can a television screen or gaming compete with nature in all her glory? The bracing cold of the lake when you plunge in, feet first, from a pier several feet above the water? The mesmerizing sight of huge beetles frantically scurrying away, even as you pick one up and examine it closely? The myriad stars twinkling in a cloudless night as you count them, your buddies by your side?

Before the trip, some boys had asked Paco and Julian: “What are we going to do if we don’t have video games?”

Many things, as it turned out.

The boys ran and played with a frisbee. They swam and kayaked under the watchful eye of lifeguards. They slid down a hill on a giant canvas slide, held an archery versus slingshot competition (slingshot won) and played Capture the Flag. 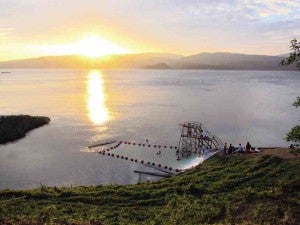 “I’m so happy!” one of the boys was reported to have yelled as he ran with abandon on the grass.

Since most of the boys had never been outdoors before, their footsteps were uncertain when they hiked in the forest.

“We parents led the way, showing that nature was not something to be feared,” says Delfin.

“Some boys asked if there were piranhas in the lake,” says Tantoco. “They had been watching too many movies.”

Mostly the boys wanted to just chill out. “Don’t schedule activities for us,” Paco had told his mother.

Yes, the boys play basketball and volleyball in school. They work on projects in class. They are often together. But they apparently did crave unstructured play and unstructured time. 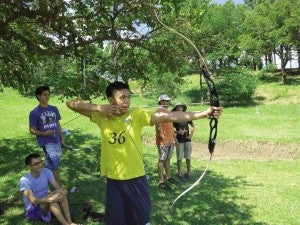 Archery but no “Hunger Games”

So, in between the slew of activities, the boys just sat, gazing at land, water and sky. They rocked in the hammock, three at a time. They read paperbacks, played cards, went for a massage under the trees.  They talked for hours with each other, face to face, creating bonds to last a lifetime.

In the evening, everyone roasted hotdogs and marshmallows over a fire, to the strums of a guitar and  ukulele. At first some boys did not want to go to sleep.

“We didn’t want to miss any second,” recalls one.  Eventually, they fell asleep outside their tents, under the stars.

At Mass, which was held at a grassy amphitheater, the boys hugged the parent chaperones and thanked them fervently. 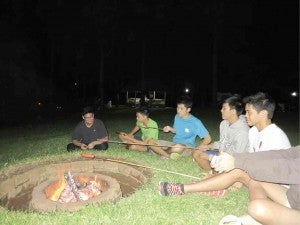 Downtime around a bonfire

“It is the parents’ choice,” says Tantoco. “Even if they are busy, they need to connect with their children. Parents can choose whether to let their kids use gadgets as babysitters or bring them out to nature where they can recharge.”

Tantoco has gadget rules at home that limit her children’s electronic time. Not surprisingly, Paco works well with his hands. He makes slingshots of all sorts.

Julian, for his part, is an artist who draws beautifully.

“In nature, the boys see that there are things bigger than themselves,” Tantoco says. “This gives them a sense of humility, makes them think outside of themselves.”

“With proper planning, a trip out of town is not expensive,” says Delfin. “It can be cheaper than shopping in Hong Kong.”  Of course, to stay safe, they made provisions to have lifeguards and rangers around.

She adds: “Most parents don’t believe that children can survive without gadgets. But our boys did. No one was bored, no one complained.  Parents, listen: It is possible!” 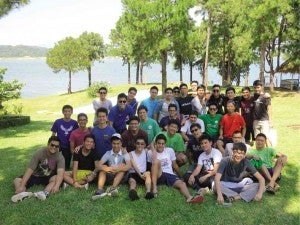 “Instead of buying your kids gadgets this Christmas,” says Tantoco, “take them on a nature trip. The memories will last a lifetime.”