Where students are biggest winners 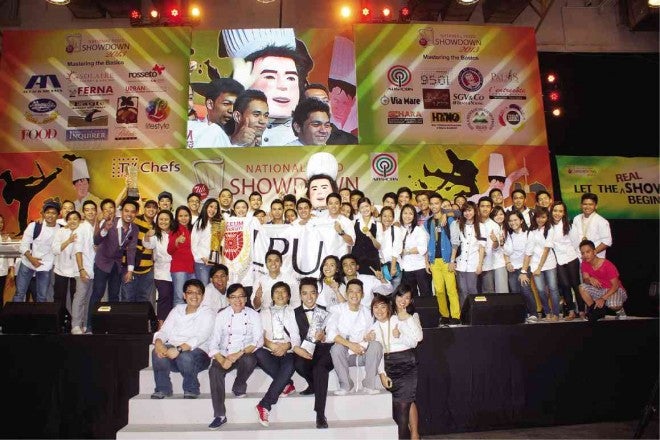 LYCEUM of the Philippines University-Batangas teams are winners of the Presidential Trophy, the Compleat Chefs Golden Plate and the Bar and Dining Golden Plate.

It is not true that those who can’t, teach. At least not in the culinary field. At the annual National Food Showdown (NFS), faculty members of the schools of culinary arts, as well as hotel and restaurant management, compete in the professional division of selected events. 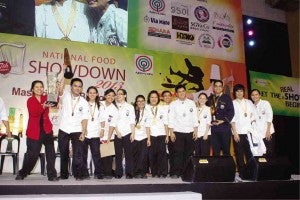 There were 13 schools that sent teacher-trainer teams this year to test their skills in the professional division of the widely followed cook fest, which was held recently with the theme “Mastering the Basics” at World Trade Center in Pasay City.

In a double victory with their trainers, LPU-B students also won the Bar and Dining Golden Plate in their own division.

That’s not all. LPU-B also won the Compleat Chefs Golden Plate trophy in the student division. Under this major category were events such as The Soup Kitchen, The Filipino Carver, Happy Hour, The Pantry Chef, Cold Seafood Platter, Cold Meat Platter, The Main Course, Amuse Bouche and The Entremetier, a tongue twister name for the contest on knife skills. 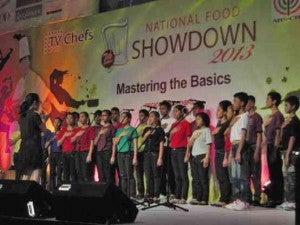 No school merited the gold in the Battle Royale Chefs War, but ISCAHM’s team, representing the NCR-Calabarzon region to the finals, won the silver.

There were 52 schools that joined the NFS student contests this year. In all, the two-day culinary olympics had 68 live and display kitchen competitions for students and professionals, including the Chef Wars heats that were held at the four main regions (NCR/Calabarzon, Luzon, Visayas and Mindanao).

As in previous years, the best and the brightest in the food, hotel and restaurant industry showed up at the NFS for judging duties and a reunion of sorts, some of them hosting get-togethers for colleagues in the off hours. 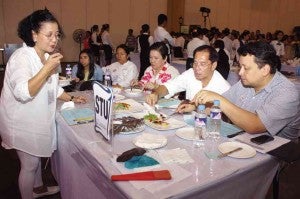 Myrna Segismundo, NFS overall chair, beamed as she was going around checking on the different events. “These are the upcoming chefs,” she said, referring to the student contestants who were frantically cooking their masterpieces at their respective stations as they kept one eye on the clock. Most of the events were timed.

Just to be fair, let us also laud the other victorious professionals besides the LPU-B faculty team. Resorts World Manila won the Presidential Trophy, Makati Shangri-La Manila the Compleat Chefs Golden Plate Award and  F1 Hotel Manila the Klasika Kulinarya Award. It was the Visayas team from the Business Inn in Bacolod City that bagged the gold in the Ultimate Chef War pro division.

But the students were the biggest winners at the NFS. The events were targeted at the students’ dream careers, whether it is to be a chef or bar mixologist or barista. They had everything to gain from the experience.