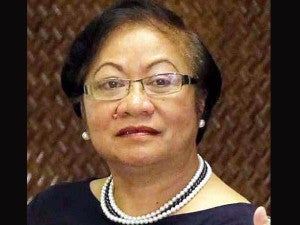 MANILA, Philippines—Labor Secretary Rosalinda Baldoz is warning residents of Eastern Visayas, particularly those in areas devastated by super typhoon Yolanda, about scammers who might prey on them with offers of employment here and abroad.

In a statement, the Department of Labor and Employment said “the same warning applies to those who have left typhoon-affected provinces and have moved to Metro Manila, Cebu or elsewhere as they may be vulnerable to illegal job offers and exploitative practices of illegal recruiters.”

Philippine Overseas Employment Administration chief Hans Leo Cacdac echoed the same warning, saying illegal recruiters were “likely to take advantage of people who are in urgent need of sources of income, which they lost during the onslaught of the strong typhoon.”

He issued similar warnings to residents of Bohol and other places devastated by last month’s 7.2-magnitude earthquake and residents of Zamboanga displaced by three weeks of fighting between government forces and renegades of the Moro National Liberation Front.

Cacdac advised job seekers from the calamity areas to verify with the POEA, the Overseas Workers Welfare Administration or the DOLE if the recruiters who approach them really have valid licenses or authorization to hire workers for overseas placement.

Meanwhile, the DOLE reported that 13 of the agency’s personnel in Eastern Visayas remained “unaccounted for or were reported missing.”

Two others have been declared among the more than 3,500 confirmed fatalities in the wake of Yolanda.

The labor department said it expected to resume operations in Region 8 early this week.

“We will commence the provision of services to the public and determine the operational capability level of local government units to jump start the implementation of the DOLE emergency employment program,” Baldoz said in a statement.

Personnel of the agency’s regional offices in Metro Manila, Central Luzon, Bicol, Central Visayas and Caraga have been deployed to Region 8 to “augment the manpower complement already there and to bring in more provisions,” she said.