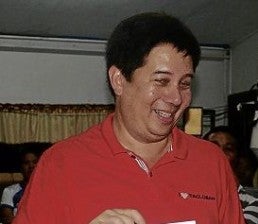 MANILA, Philippines—Interior Secretary Manuel Roxas II has asked Tacloban City Mayor Alfred Romualdez to write a letter to President Benigno Aquino III to inform him that he can no longer function as mayor and he is surrendering authority to the DILG chief, Romualdez’ lawyer said.

Alex Avisado, counsel for Romualdez, said Roxas even wanted the Tacloban City Council to pass a resolution stating that the mayor can no longer function and surrendering authority to Roxas.

“He wants the City Council of Tacloban also to pass a resolution to the same effect, but no one wants to do it. Only one member of the council came when they were called,” Avisado said.

Tacloban was among the provinces in the Visayas to bear the brunt of typhoon Yolanda (international name: Haiyan). Its mayor belongs to the clan of former First Lady Imelda Romualdez-Marco whose husband has been accused of masterminding the death of Aquino’s father.

“On Day 2 of Typhoon Yolanda aftermath, the mayor requested the NDRRMC to deploy two Marine battalions to help immediately establish peace and order and rescue/relief operations. Unfortunately, this plea for help was unheeded by the national government.” After a week, the government instead sent Bureau of Fire Protection and MMDA personnel.

He said, the mayor also requested for additional members of the police because only 25 out of 280 police returned for work but the request was also unheeded.

Avisado added that the mayor also requested additional trucks and more for relief and cadaver retrieval but only eight trucks from national government are doing it.