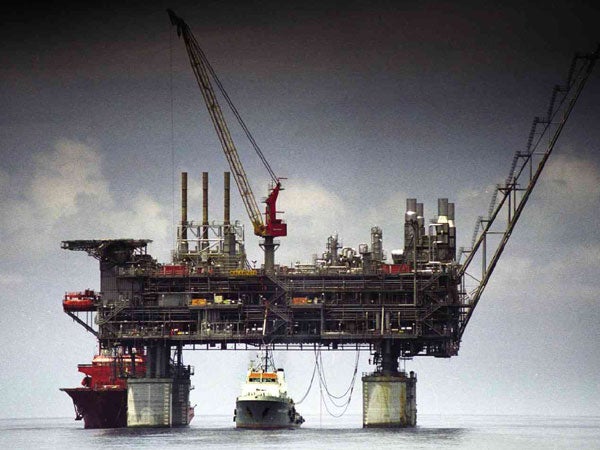 MANILA, Philippines- President Benigno Aquino III said that restoration efforts in Guiuan, Eastern Samar are in full swing as he revealed that the Malampaya Fund may be tapped to ease the power crisis in the town.

“I am confident that we can use the Malampaya funds regarding the restoration of power,” Aquino said during a briefing of the damage assessment in Guiuan Sunday morning. “But we have to follow the law to make sure that we can use it.”

This will require, Aquino said, clearance from the lawmakers as to ensure its disbursement.

The Malampaya Fund represents the royalties the government collects from the Malampaya gas project. Began in 2002, the $4.5-billion project involves the extraction of natural gas from the waters of Palawan.

The fund is managed by the Department of Finance and is primarily intended for energy-related projects, but it could also be used for other purposes approved by the President.

Aquino did not say specifically how the power crisis would be solved.

But Energy Secretary Jericho Petilla said there is a clamor to use the P137-billion Malampaya Fund to acquire generator sets of which Leyte will need at least 20. Petilla said he was optimistic President Aquino would allow the use of the fund for this purpose. The generators would be leased to local government units until the power situation returned to normal.

Getting up as one

The president also raised the issue of “cash-for-work” and “food-for-work” saying that once the dignity of the survivors come back, returning to normal situation is an achievable feat.

“You say that you want to get some work, we can provide you with that,” Aquino said. “You can’t survive on relief alone, once we can return our dignity we can easily get back up.”

Aquino also said that the survivors should work with the government officials and give them information as to what are needed to speed up the relief efforts.

“We have resources, other countries are extending their help, and we as survivors should also work on our own.”

Aquino touches down in Guiuan