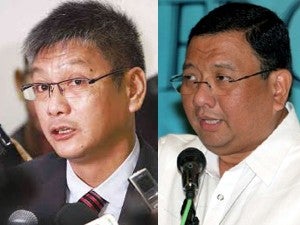 With relief goods not reaching affected towns five days since “Yolanda’s” onslaught, Del Rosario revealed he was not the chief go-to guy supposed to orchestrate the massive relief operations.

“It’s the Executive Secretary (Paquito Ochoa) as the right hand of the President, ably supported by Secretary (to the Cabinet Rene) Almendras,” replied Del Rosario when asked by a reporter Wednesday at the start of the NDRRMC’s latest daily meeting on the “Yolanda” relief operations.

An Army general who retired in November 2012, Del Rosario was picked to take over as NDRRMC executive director last January from Benito Ramos who resigned for personal reasons.

Ramos, a retired general who rose from the ranks and who led the military’s elite special forces, has ably orchestrated the government’s disaster response efforts since he was handpicked for the NDRRMC post by Defense Secretary Voltaire Gazmin in 2010.

Del Rosario last presided over the NDRRMC meeting on November 8, 5 p.m., hours after “Yolanda” struck, where he announced he was confident that the country would have “very, very low” casualties due to the preemptive evacuation done days ahead.

The President presided over the next NDRRMC meeting the next day, Saturday.

Then on Sunday, November 10, while in devastated Tacloban City, the President was reported to have shown frustration over the report made by Del Rosario and walked out shortly after.

Ochoa has been presiding over the inter-agency briefings at the NDRRMC office in the military general headquarters Camp Aguinaldo since Sunday.