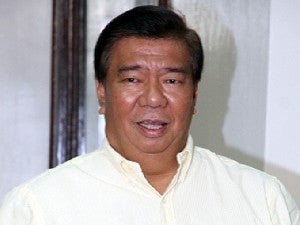 MANILA, Philippines — Fresh from his trip to South Korea, Senate President Franklin Drilon expressed readiness on Sunday to sign the subpoena for alleged pork barrel scam mastermind Janet Lim Napoles and even face her at the inquiry into the pork barrel scam.

Drilon, who said he failed to attend to the matter because he had to join President Aquino’s state visit to South Korea from Thursday to Friday, promised to sign the subpoena first thing Monday.

“When I get to my office on Monday, I’ll sign it immediately,” said Drilon, who facilitated the grant of $208-million official development assistance from South Korea for the Jalaur River project on Panay Island.

The subpoena would be addressed to Napoles, who has been detained at a police training camp in Sta. Rosa, Laguna, in the past months, while undergoing trial for the alleged abduction of her cousin-turned-whistleblower Benhur Luy, said Drilon, who added that the matter would be coursed through the court.

“The PNP (Philippine National Police), which has physical custody of Napoles, would still have to secure the permission of the court as the PNP is holding Napoles not on its own but by virtue of the order of the court,” he said over radio dzBB.

Drilon announced on the floor last Wednesday that he had decided to sign the subpoena for Napoles, preempting a caucus on the touchy, explosive issue. Some of his colleagues expected him to sign it immediately.

He had come under fire after he deferred to Ombudsman Conchita Carpio Morales on the matter of summoning Napoles to the Senate Blue Ribbon Committee hearing on the P10-billion scam.

In view of the plunder complaint filed against Napoles, three senators and 34 others before the Ombudsman, Morales advised the Senate against compelling Napoles’ appearance at the Senate inquiry.

She later said she was submitting to the “collective wisdom’’ of the Senate to decide on the matter, while maintaining her original opinion. Drilon then decided to call a caucus.

Senator Teofisto Guingona III, chairman of the Senate Blue Ribbon committee who has kept his silence all along, is set to issue a statement on the matter in a press conference Monday.

Meanwhile, Drilon, whose pictures with Napoles circulated in the social media a few weeks back, said he would be ready to face her at the congressional hearing.

“It depends if I’m here. I’m not hiding anything. When I first ran for the Senate, I ran on a platform of equal application of the law for all. When I was at the DOJ (Department of Justice), everyone who was charged was treated equally. This time, my policy is that we should support the prosecution and imprisonment of all who have committed a crime, whether you’re a senator or a congressman,” he said.