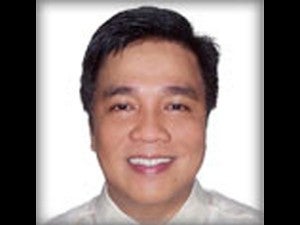 MANILA, Philippines – Often used as evacuation centers during calamities, schools and universities must be evaluated with respect to their vulnerability during disasters and must put in place their own emergency preparedness plans, according to the proponents of a bill filed in the House of Representatives.

The bill, drafted by Ako Bicol Representatives Rodel Batocabe and Christopher Co, also states that parents must be made aware of the risks their children face while in schools.

“Through the years, we have opened public schools in disaster-prone areas to serve as the refuge of evacuees, people who have lost their homes or are in grave danger if they remain in their homes. However, we have also seen our very own schools succumb to disaster,” the lawmakers said in their explantory note.

Because of this, they said, parents must be made aware of the risks their children would face in the premises prior to enrolling in a school. The students must also know how to act in case of a disaster, they added.

In their proposed legislation, the lawmakers said the concerned government agencies must conduct a risk assessment survey to identify disaster-prone schools and universities, and specify the disasters to which they are vulnerable.

The educational institutions should also be graded according to their vulnerability to disasters and their capacity to respond to emergencies, they said.

The schools should put in place a comprehensive disaster and emergency plan specifically designed for their condition, they added.

The lawmakers said the result of the assessment and the grades of the schools should be depicted in warning signs and illustrations posted in five conspicuous places within their premises.

The signs should contain a large illustration of the disaster, and the sequential illustration and text of the preparedness and contingency plan in case it strikes.

There should also be a hazard map plotting the escape routes.

It would be the job of the school administration to inform the parents, prior to enrollment, about the risks the schools face as well as the corresponding preparedness plans.