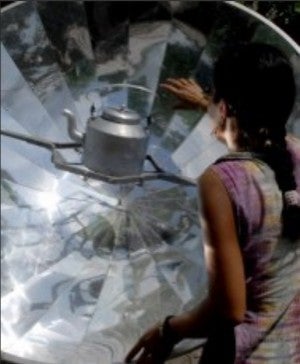 In a statement issued on Saturday, PMA president Dr. Leo Olarte said diseases brought about by poor sanitation and lack of safe or potable water for earthquake victims could worsen the difficulties that the people in the calamity areas are currently enduring.

“Due to lack of food and the absence of clean drinking water, disaster victims can acquire waterborne and other diseases that can also be as life threatening as the actual physical injuries they may have directly [suffered] from the earthquake,” he said.

He said the victims of the calamity who are isolated and now living in makeshift shelters are exposed to the harsh environment that can lead to various health problems.

“Even those in the evacuation centers are not spared of this possibility due to the not so ideal conditions existing there,” he said as he appealed to the victims to boil their water before drinking it.

The local chapters of the Philippine Medical Association have begun to mobilize their doctors as well to assist in the medical needs of the earthquake victims, he said.

“We are also immediately sending medical specialists from Metro Manila to be deployed in various health establishments like hospitals and health centers that were hit by the earthquake,” Olarte said.
Related Story

Read Next
Searchers continue to dig but fail to find six missing children
EDITORS' PICK
Gear up and get ready to play with Yamaha Mio Gear
On Day 2 of implementation, gov’t says workers now exempt from ‘no vax, no ride’ policy
DOH: 28,471 new COVID-19 cases in PH; active cases now 284,458
Over 3 Million worth of prizes to be won at Smart Padala’s SENDali Manalo Promo!
Metro Manila posts lowest temperature yet this ‘amihan’ season at 19°C
Acer starts the year off strong with the Aspire Vero National Geographic Edition
MOST READ
In Batanes, octogenarian dies of COVID-19
Cold-case investigation names surprise suspect in Anne Frank’s betrayal
Derek Ramsay on being married to Ellen Adarna: ‘Gumaan ‘yung mundo ko’
Czech anti-vax singer dies after deliberate infection
Don't miss out on the latest news and information.