New fault system could be the cause of Bohol quake—Phivolcs 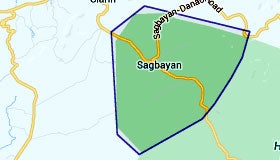 MANILA, Philippines – A new fault system may be the actual culprit behind the 7.2-magnitude earthquake that killed at least 156 people in Bohol and nearby provinces, a government seismologist told Radyo Inquirer 990AM on Thursday.

Ishmael Narag, officer in charge of the Philippine Institute of Volcanology and Seismology (Phivolcs)’s Seismology Division, said there might be a new fault system in the province, especially after they learned that the quake’s epicenter was not in Carmen but near Sagbayan.

“Initially when we plotted the earthquake, (the epicenter) was found in the interior of Bohol. The identified active fault at that time was the East Bohol fault. With (data from the) cluster of aftershocks, (we were able to) relocate the epicenter of the earthquake north (of the province),” he said.

In Phivolcs updated earthquake bulletin, the 7.2-magnitude tremor that hit Bohol Tuesday morning has been listed with an epicenter southwest of Sagbayan instead of the original two kilometers southeast of Carmen.

Narag explained that the epicenter is a “very big area” where the earthquake emanates from.

“The epicenter, by definition, is where the fault begins to rupture. The rupture has a direction. We believe that its predominant direction is toward Cebu island,” he said, adding it was also probably why the earthquake was strongly felt in Cebu.

“It is really difficult to locate active faults, especially in these areas underlain by limestone. Because limestone changes in form, especially when it rains…it is easily dissolved in water…so evidence of rupture due to movement of an active fault is erased. It’s difficult to map,” he added.

Narag said they are not yet concluding anything but will further study the possibility of a new fault system in Bohol.