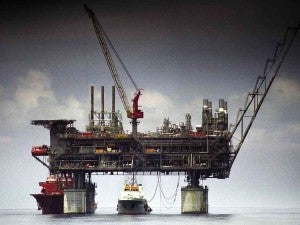 MANILA, Philippines—National Treasurer Rosalia De Leon assured Wednesday that the remaining Malampaya funds, which was over P130 billion, is intact.

Contrary to the claims of Senator Ralph Recto, which De Leon deemed unfounded and “misleading,” the treasurer said in a statement that the P137.288 billion Malampaya gas funds stays “perfectly intact in the National Treasury.”

On Monday, Recto claimed the government had collected some P170 billion in revenue from the Malampaya project since 2002 based on his study of Department of Budget and Management (DBM) documents.

The Bureau of Treasury (BTr), in a release Wednesday, said the controversial budget for the operation of oil and gas wells in Malampaya off Palawan province is readily available in the National Government “with collections and government shares for the fund still credited and booked under Fund Code 151, a Special Account in the General Fund (SAGF) managed by the BTr.”

Prior to the statement of the National Treasury office, Recto said it was about time the DBM explained how the Malampaya Fund was disbursed and how much of it remained from years of collection.

“If you ask the DBM about the P130 billion that we have collected in cash, it’s gone,” Recto told reporters Monday after chairing the finance subcommittee hearing on the 2014 budget of the Department of Science and Technology.

But the treasury body said from March 2002 until September this year, the Malampaya gas fund spending has left the National Treasury a P137.288 billion balance.

“The total amount deposited by the Department of Energy (DOE) in the Malampaya Fund from March 25, 2002 to 30 September 2013 amounted to P179.338 billion while total Special Allotment Release Order (SARO) releases against the Malampaya Fund during the same period reached P42.050 billion, leaving a balance of P137.288 billion, which is available in the National Treasury,” the statement said.

President Benigno Aquino III accused in a speech last week that then President Gloria Macapagal-Arroyo accumulated close to P1 trillion in discretionary fund, including P23.33 billion from the Malampaya Fund, to perpetuate herself in power.

The accusation came a month after the Commission on Audit (COA) released a report showing that the DBM under the Arroyo administration disbursed P23.6 billion from the fund.

BTr added that the Aquino administration used only the Malampaya fund to back P18.45 billion worth of energy-related projects and assured that it “did not fund any projects unrelated to energy.”

The treasury office also reiterated that the use of Malampaya Fund is automatically appropriated every year and that all releases are governed in accordance with the SAGF procedures.