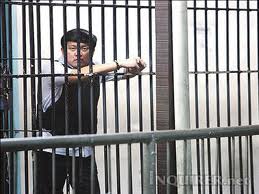 MANILA—Prosecutors have been given 20 days from last Wednesday to make a formal offer of evidence in the hearing of a petition for bail filed by Andal Ampatuan Jr. in connection with the 58th count of murder filed against him over the 2009 Maguindanao massacre case.

Judge Jocelyn Solis-Reyes of the Quezon City Regional Trial Court’s Branch 221 issued the directive after private prosecutors said they would no longer present other witnesses during last Wednesday’s bail hearing at the Quezon City Jail Annex in Camp Bagong Diwa in Taguig City, where most of the accused are being held.

The Department of Justice filed the 58th murder count early this year after the authorities determined that Reynaldo Momay, a photojournalist of the Tacurong City-based Midland Review, whose body was not found, was among those killed in the massacre blamed on members of the Ampatuan clan and their supporters.

Though Momay’s body was never recovered, the Department of Justice determined that he was one of the 58 victims of the November 23, 2009 carnage as his dentures were found at the crime scene in the municipality of Ampatuan in Maguindanao. The Ampatuans had been in control of the province from 1986.

A formal offer of evidence is a document that itemizes the evidence so far presented, including the exhibit number and reason for its presentation. It would form part of the basis for the judge to determine whether to grant bail or not.

The judge gave the defense 15 days from the prosecution’s submission of its offer of evidence to submit its own comments.

Court records show  that the prosecution filed in 2012 its formal offer of evidence with respect to Andal Ampatuan Jr.’s bail petition with respect to the 57 other counts of murder, but the court still has to rule on the matter.

The court deferred the preliminary conference and pre-trial of the case as other accused still have to be arraigned.