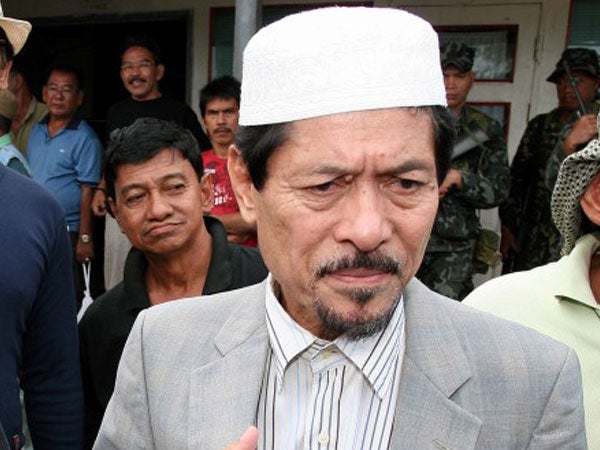 ILIGAN CITY, Philippines — Communist rebels have blamed both government and the Moro National Liberation Front, particularly those loyal to its founding chairman Nur Misuari, for the already weeklong fighting  in Zamboanga City that has displaced over 60,000 people.

A September 15 statement of the Communist Party of the Philippines branded the actions of Misuari’s armed followers as “adventurism.”

“Misuari and his clique of elite Moro leaders are making use of the cause of the Moro people’s struggle for national liberation to lend credibility to his armed adventures,” the CPP added.

The major consensus, so far, has been to create a Moro sub-state by 2016 that will replace the current Autonomous Region in Muslim Mindanao and will have far greater political and economic governance powers.

But the Maoist guerrillas are not convinced.

“Like its predecessors, the Aquino regime adamantly sticks to the chauvinist notion that the Moro people should submit themselves to the authority of the reactionary government and that any sort of ‘autonomous’ Moro political authority will only be allowed if it first bows to the power of the oppressive Manila government,” the CPP said.

The CCP, which is engaged in on-and-off peace talks with government through the National Democractic Front (NDF), said incidents like that in Zamboanga now reflects the latter’s “failure to provide a genuine solution to the long-running struggle of the Moro people for their right to self-determination.”

In a separate statement, Cesar Renerio, spokesperson of the NDF-North Central Mindanao, characterized the Framework Agreement on the Bangsamoro (FAB) as “devious” and blamed it for “further dividing the ranks of the Moro people.”

“The Bangsamoro Islamic Freedom Movement under Ameril Umra Kato rose to continue armed resistance, while Nur Misuari’s MNLF is taking up arms once more to pressure the reactionary government to heed their demands,” Renerio noted.

“Obviously, he (Misuari) effectively forgot the doctrine of people’s war whereby the people’s interests and safety are central to every planning and activities pursued by a revolutionary organization,” the group added.