President has ‘power of purse’ 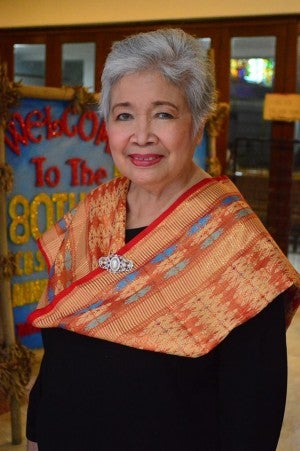 MANILA, Philippines—The one who really holds the “power of the purse” is the President, while Congress only has power over the “coin purse,” according to former national treasurer Leonor Briones.

Briones, who heads the civil society group Social Watch Philippines, said less than half of the national budget is actually scrutinized by Congress because the other half consists of automatic appropriations that include debt interest payments and local governments’ internal revenue allotments.

Also outside Congress’ scrutiny are the intelligence and off-budget funds, which include remittances from the Philippine Amusement and Gaming Corp. which go directly to the President’s Social Fund, and the Malampaya funds.

Briones said that of the P2.268 trillion in the proposed 2014 budget, only P1.4 trillion is actually subject to Congress’ scrutiny and approval, and P1.16 billion of this is the budget of the various agencies.

But there are things that Congress can do to regain its power of the purse, she said.

One is to clarify what constitutes the Office of the President (OP) and determine to what extent the President can realign items in the budget.

She noted that there is a constitutional provision that allows the OP to realign items and use this as savings.

And the OP earlier took the position that it constitutes the entire governmental system, and not just the actual Office of the President, and can thus realign items virtually anywhere. Briones said this was done at an “extreme level” during the previous Arroyo administration.

Briones also pushed for the transfer of special purpose funds to the frontline agencies. One such example is the calamity fund, which could take a longer time to be released if these are still under the President’s control.

Another way for Congress to strengthen its power over the budget is to enforce the budgetary provision that requires the Department of Budget and Management to make quarterly reports on the spending of lump sum appropriations, she said. Apparently this was not complied with last year, she noted.

Meanwhile, Briones said legislators should have no hand in identifying projects to be funded by the lump sum pork barrel funds in the 2014 budget, which have been realigned to certain line agencies of the executive department.

Legislators should just concentrate on lawmaking and not compete with one another in convincing the departments to implement their pet projects or provide help to their constituents.