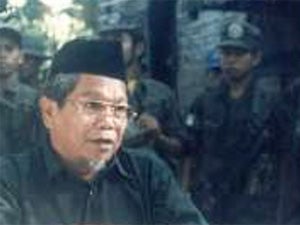 Chief Superintendent Noel Delos Reyes, ARMM police director, said the public declaration of Misuari to secede from the republic prompted him to look into a possible sedition case against the aging MNLF leader, but had fizzled out with the absence of violence or armed uprising.

With this development, Delos Reyes said the Western Mindanao police force should now look into this problem, explaining that Zamboanga City is not even part of ARMM.

The city government of Zamboanga City on Saturday launched a new tourism campaign urging people to visit the city.

The attack also came more than a week after the August 31 meeting between the MNLF, the Autonomous Region in Muslim Mindanao (ARMM) regional government and the Office of the Presidential Adviser on the Peace Process (OPAPP) where they agreed to create a steering committee that would oversee the implementation of PAMANA or Payapa at Masaganang Pamayanan (Peaceful and Resilient Communities) program.

Around 50 senior MNLF leaders discussed with ARMM and OPAPP officials how to advance development programs in the MNLF communities.

PAMANA, which is the government’s program and framework for peace and development in conflict-affected and vulnerable areas in the country, targets to spur economic developments in the MNLF communities.

Under the program, senior leaders of the MNLF will identify the type of socio-economic interventions needed in the MNLF communities, while line agencies of the ARMM will implement the projects with OPAPP acting as the oversight body.