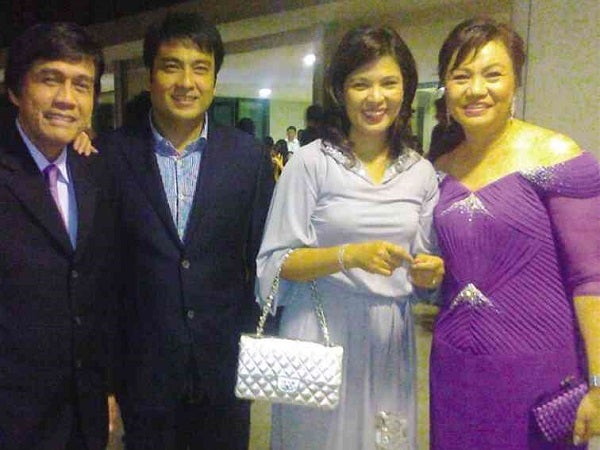 The lawyer of Sen. Ramon “Bong” Revilla Jr. on Friday branded as “lies” the allegations made against the legislator by whistle-blowers in the P10-billion pork barrel scam even as Revilla continues to avoid making an appearance at the Senate blue ribbon committee inquiry into the scandal.

Lawyer Joel Bodegon said Revilla would continue to refrain from attending the Senate hearings as he felt that “it is inappropriate for him to appear” before the investigation panel chaired by Sen. Teofisto Guingona III.

“Senator Revilla reiterates that he is as much interested to know the truth as anyone else, that is why he is continuing with his own investigation of all the allegations against him,” he added.

Revilla and two other senators, Juan Ponce Enrile and Jinggoy Estrada, were tagged by witnesses at the blue-ribbon committee hearings as among the lawmakers who endorsed dubious nongovernment organizations (NGOs) to be recipients of tens of millions of pesos of their Priority Development Assistance Fund (PDAF) entitlements.

The witnesses—former heads of government-owned and -controlled corporations (GOCCs) that served as conduits for the pork barrel  to the questionable NGOs—corroborated the testimony of Commission on Audit (COA) Chair Grace Pulido-Tan who testified on the results of the COA special audit of pork barrel releases from 2007 to 2009.

Aside from the testimony of former GOCC heads Salvador Salacup of ZNAC Rubber Estates Corp. and Alan Javellana of National Agribusiness Corp. at the Senate inquiry on Thursday that Revilla, Enrile and Estrada had endorsed questionable NGOs, including those of Napoles, several whistle-blowers have also identified the three legislators as among those who gave their PDAF to the dubious groups.

“[Senator Revilla] denounces the trial by publicity as a derogation of his constitutional right to due process of law,” Bodegon said.

“He is appalled at how the media are giving unwarranted credence to the lies purveyed by the whistle-blowers who have publicly confessed their criminal enterprise of stealing the lawmakers’ PDAF,” he said.

The lawyer said Revilla was currently securing documents related to the PDAF disbursements to have their authenticity verified.

A former GOCC vice president also told the Senate hearing on Thursday that Revilla, Enrile and Estrada signed the document four times covering one such fund release to an NGO. The funds were released in four tranches as part of the alleged safeguards against abuses.

“Currently, he is having all the documents which appear to bear his signatures for expert examination, especially because the whistle-blowers themselves said they faked the documents,” Bodegon said.

Even the alleged scam mastermind Janet Lim-Napoles has denied having any transactions with Revilla, the lawyer said.

Asked when Revilla would face his colleagues concerning the allegations against him, Bodegon said the matter was “under advisement.”

“He wants the committee to conduct its hearing without being inhibited by his presence,” Bodegon said, when asked why Revilla continues to inhibit himself from the proceedings.

Meanwhile, neophyte Sen. JV Ejercito wants the COA to cast a wider net in its audit of pork barrel releases to identify others who could have been involved in the scam, other than opposition leaders Enrile and Estrada.

Ejercito, a half-brother of Estrada (the two are sons of deposed President Joseph Estrada, who is now mayor of Manila), said there could also be “other Napoleses” with the same modus operandi, securing pork barrel kickbacks for themselves and for corrupt lawmakers.

“It has been mentioned quite often three members of our colleagues (sic),” Ejercito said at the Senate hearing on Thursday, apparently referring to Estrada, Enrile and Revilla.

Ejercito, a former congressman representing San Juan, said there had to be more individuals operating the same way as Napoles.

“We are zeroing in on Napoles NGOs in this hearing, but with your indulgence, I would like to ask the COA or [the Department of Agriculture] or whoever, are there other Napoleses operating this way? Because there can’t only be one,” he said.

Ejercito told the committee that during his stint in the House, “there are times there are a lot of beautiful ladies around (sic).”

“We called them ‘livelihood girls’ because they were peddling livelihood projects,” he said, indicating that the women were asking lawmakers if they could fund the projects with their PDAF for possible kickbacks for both the proponents and the lawmakers.