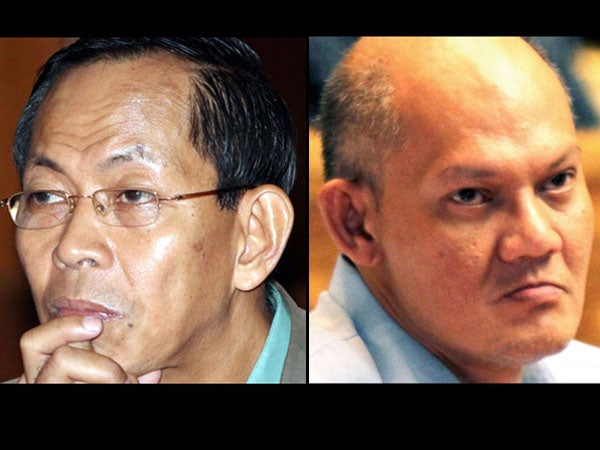 MANILA, Philippines – The country’s top fugitives remain elusive despite a multimillion reward for information that could lead to their arrest. 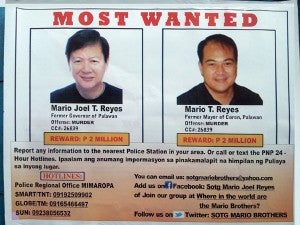 Called “the butcher” by political activists, Palparan went into hiding in December 2011 when he was ordered arrested by the Regional Trial Court in Malolos, Bulacan, in connection with the 2006 abduction of University of the Philippines students Sherlyn Cadapan and Karen Empeño.

The Reyes brothers disappeared in March 2012 after the Regional Trial Court in Puerto Princesa City issued warrants for their arrest for the murder of Palawan broadcaster and environmentalist Gerry Ortega. 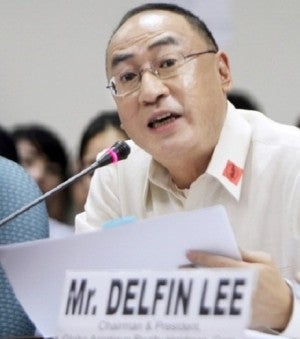 Ecleo went into hiding after he was meted a 31-year jail sentence by the Sandiganbayan in 2006 in a graft case. In April 2012, a Cebu City court sentenced him to life imprisonment for the killing of his wife. He remains the object of a nationwide manhunt.

Lee has a standing arrest warrant issued by a Pampanga court in May 2012 for syndicated estafa in connection with a P7-billion housing loan scandal that involved Globe Asiatique’s Xevera housing projects in Bacolor and Mabalacat towns in Pampanga.

In May, Chief Supt. Francisco Uyami Jr., the head of the Criminal Investigation and Detection Group (CIDG), said his group had created 17 “tracker teams” to intensify the manhunt operations for the high-profile fugitives.