Tiger, lions die at Indonesian zoo after being poisoned 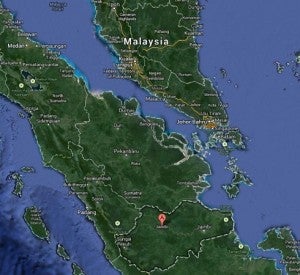 JAKARTA — A critically endangered Sumatran tiger and two African lions have died at a zoo in western Indonesia after being poisoned, an official said Tuesday.

The eight-year-old male tiger, named Peter by zookeepers, was found paralyzed earlier this month at the Taman Rimbo zoo in Jambi province, after eating poisoned meat. He died a week later.

The African lions — a species classified as vulnerable — also died around the same time, said Nurazman, an official from a government agency tasked with protecting wildlife and the environment.

A two-year-old female Sumatran tiger, the offspring of the tiger who died, also ate the tainted meat but survived, said Nurazman, who like many Indonesians goes by one name.

“An autopsy result showed that the animals had been poisoned,” he said, adding the meat had been laced with a chemical normally used to put down stray dogs with rabies.

That type of poison was stored at the zoo on Sumatra island but was not available on the open market, he said.

The agency had questioned five people, including a zookeeper, security guard and meat supplier, although it was not yet clear who was responsible, he said.

The Sumatran tiger is the world’s smallest tiger. There are only an estimated 400 to 500 still alive in the wild on the island from which the animal takes its name.

The International Union for the Conservation of Nature says recent studies estimate the African lion population at between 20,000 and 40,000.

Indonesia’s most notorious zoo is at Surabaya in East Java province.

Hundreds of animals have died at Surabaya Zoo in recent years due to neglect, and those still alive languish in cramped, dirty cages and suffer from illnesses including pneumonia and diarrhea.