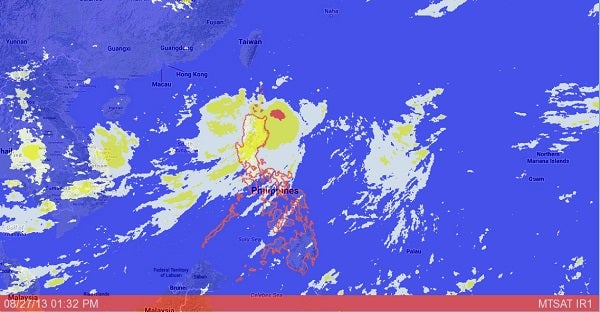 MANILA, Philippines – Five hundred forty-seven families from 11 villages in Samar have been displaced due to tropical storm “Nando” (international name Kong-Rey), the Department of Social Welfare and Development said Tuesday.

The storm, which was formed in the Visayas before it moved up north, was last spotted near Aparri, Cagayan.

The DSWD said in its Twitter account that 546 houses in Eastern Visayas were partially damaged by “Nando.”

As of midday Tuesday, “Nando” was threatening the extreme northern Luzon with some of its areas placed under storm signals.