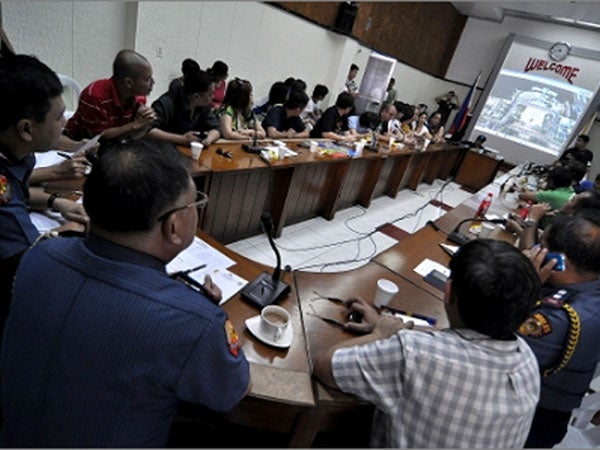 MANILA, Philippines – Security has been tightened at the vicinity of the Quirino Grandstand in Manila where the “Million People March to Luneta” will be held later this Monday morning, police said.

Police Superintendent Mannan Muarip, Special Task Group commander, said he has under his command 57 police officers and over 700 marshals deployed at the eight entrance and exit points of the elevated portion of the grandstand while 36 osecurity personnel were scattered in the vicinity of Luneta Park. The third shield, he said, were manned by 38 others.
“Marshals deployed in entrance and exit points, not police, open the bags for inspection. Police just observe and will be called upon by the marshals if there are problems,” Muarip said in Filipino.

He said a team from Manila Police District’s Explosive and Ordnance Division also scoured the area.

Muarip said a police assistance desk of male and female police officers was set up at the Parade Avenue fronting the Quirino Grandstand.

The National Capital Region Police Office said at least 4,000 police officers were deployed to provide security during the event.

For her part, Juliet Villegas, executive director of the National Parks Development Committee (NPDC), reminded participants to maintain cleanliness at the park.

“Each group, each program, so that means each and everyone bringing their own food. It’s just right that every participant should bring their own brown bag for the trash,” Villegas said in Filipino in an interview.

She said the government will be forced to pay for any damage that may result from the rally so “let’s help one another so that the people’s money won’t be used”.

Kenneth Montegrande, NPDC spokesman, on the other hand, said participants were not allowed to burn any protest materials along the perimeter of the Luneta Park, hang or pin them on trees or plant them on the ground.

“It’s also National Heroes’ Day today. Let’s show one another that we can be heroes by cleaning and taking care of our park. Let us all be disciplined,” Montegrande said.