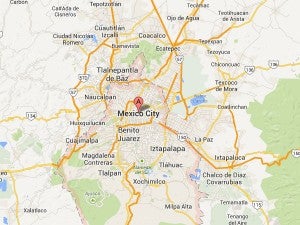 MEXICO CITY— Three people are dead and 10 others are injured following an ammonia leak in southern Mexico.

The government of the southern state of Oaxaca says the leak occurred after construction machinery operated by a private company hit a pipeline that carries ammonia to a petrochemical plant.

The government says the pipeline rupture Tuesday caused an explosion. The three dead all appear to be construction workers employed on a highway expansion project.

Ten people were injured and 40 others suffered from inhaling ammonia.

About 1,200 people were evacuated from nearby houses.