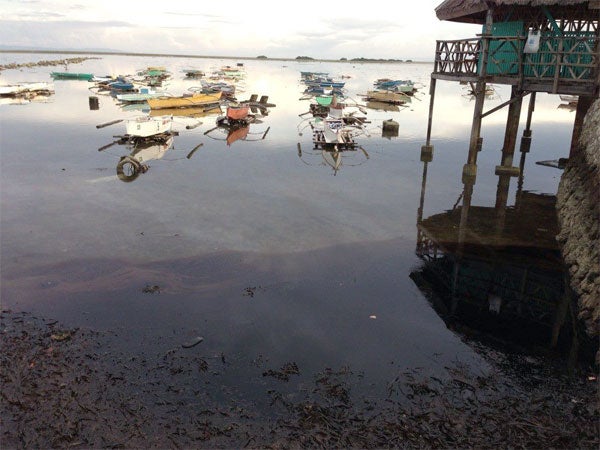 Oil slick believed to have come from the sunken vessel, MV St Thomas Aquinas, reaches the shores of Cordova town on Mactan Island, Cebu. The municipality is located in front to Talisay City where the vessel sank. Photo from the Office of Cebu Rep. Luigi Quisumbing

He, however, added that they were not sure yet about the  location of the affected areas but had deployed personnel to check on the reports and apply contigency measures to prevent any damage.

When sought for comment, Ascuna said he would check on the report.

The initial report received by the Philippine Coast Guard showed that the sunken ship was carrying 20 tons of diesel oil and 120 tons of bunker oil.

The PCG said that it was monitoring the vessel of 2Go to make sure that these oil would not leak.

But 2Go, which owned the sunken vessel, engaged the services of Malayan Towage, an expert in oil spill. Oil spill equipment such as islander tug had been dispatched in coordination with the Philippine Coast Guard.

Azcuna said that their Marine Environmental Protection Unit of PCG is handling the operation to stop any oil spill in the area.

They already deployed personnel at the site who sprayed  oil dispersants and chemicals to control any spill.

Oil spill boom of Coastguard has been set-up already to protect the environment. 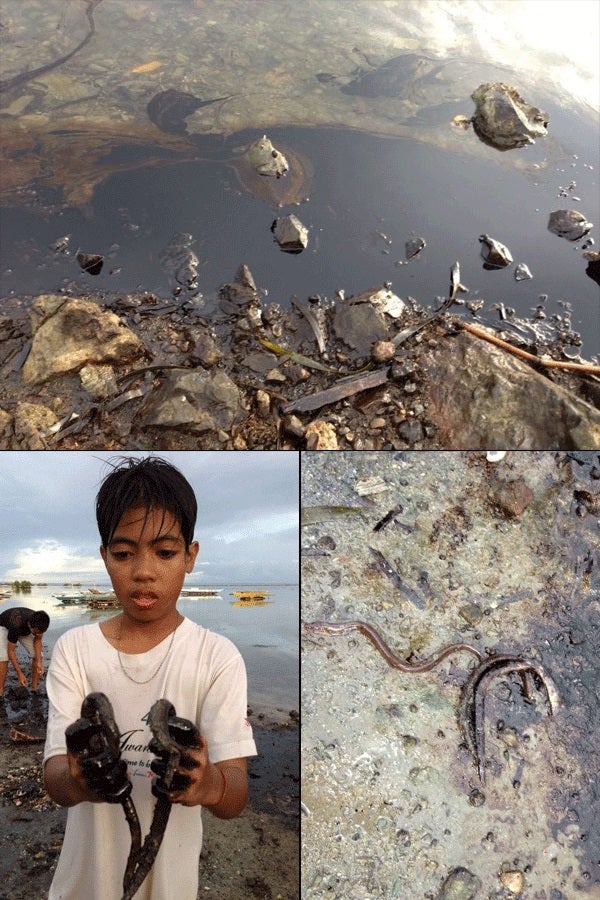 A boy (bottom left) holds two oil-coated bagasi or salt water eels, which thrive in Cordova town, Mactan Island Cebu. Oil spill is seen in the waters near the shore of Mactan Isldan. Photo from the Office of Cebu Rep. Luigi Quisumbing