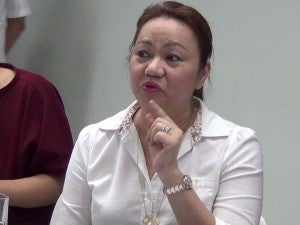 MANILA, Philippines—The Bureau of Immigration is on alert and ready to foil any attempt of Janet Lim-Napoles and her brother to leave the country, an immigration official told Radyo Inquirer 990AM on Friday.

BI Regulation Division chief Danilo Almeda said all airports and sub-ports across the country have been alerted about arrest warrant issued against Napoles and Reynald “Jojo” Lim, especially after they found out that Lim twice attempted to leave the country on August 2.

Information about Napoles and Lim have been uploaded, including the arrest warrants, in the immigration system and a single swipe of their passport in any port will prompt authorities that they should be arrested, Almeda said.

The BI official also revealed that Lim, even before their arrest for serious illegal detention was ordered, had attempted to flee to South Korea or Malaysia but was denied because of a lookout bulletin initially filed against them.

“He twice attempted [to leave]. First through Asiana’s OZ 706 [flight] at around 10:19 in the morning and another through Malaysian Airlines MH 705 at 1:17 in the afternoon…He was denied on both attempts. He was not able to leave,” said Almeda.

On Thursday, Justice Secretary Leila De Lima assured the public that “If [Napoles] is seen in the airport or any port of exit, she will automatically be detained” since an arrest warrant has the effect of a hold departure order.

She said Immigration OIC Siegfred Mison has been closely monitoring the issue, ensuring that all immigration personnel knew about the lookout bulletin against the two, even before the arrest warrants were released by the Makati Regional Trial Court.

Napoles and Lim are being accused of detaining whistleblower Benhur Luy for three months before he was rescued by the National Bureau of Investigation in March this year. Luy was the first to expose the P10 billion pork barrel scam.