Price of ‘Pinoy Tasty,’ pandesal to go up later this August | Inquirer News

Price of ‘Pinoy Tasty,’ pandesal to go up later this August 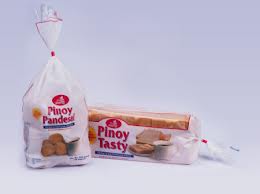 MANILA, Philippines—The prices of Pinoy Tasty and Pinoy Pandesal are set to go up on August 20 following the Department of Agriculture’s recent recommendation to increase the tariff on low-priced Turkish flour.

“The imposition of a 20-percent safeguard tariff on imported flour from the current 7 percent made the lower-priced flour immediately unavailable. Since the cheaper imported flour will no longer be available, bakers will have no choice but to shift to higher-priced locally milled flour. This will result in higher prices of Pinoy Tasty and Pinoy Pandesal,” PhilBaking president Walter Co said.

“We cannot get imported flour anymore as there’s already scarcity in supply, but we have to ensure the continuous supply of Pinoy Tasty and Pinoy Pandesal for the consumers,” Co added.

Trade Secretary Gregory L. Domingo said, however, that bakers should not even raise the prices of the affordable Pinoy bread products. If at all, that increase should be equal to the country’s inflation rate of about 3 percent. A more reasonable increase, if it cannot be avoided, should be somewhere around a peso only, he said.

Trade Undersecretary Zenaida C. Maglaya echoed Domingo’s comments, as she noted that the planned price increase of bakers was “too high” and “too early.”

Maglaya explained that the increase was too high because Turkish flour would roughly account for only 30 percent of the flour used in making the Pinoy bread products, so any price impact should not be passed on fully to the consumers. The increase, she added, should be less than P2 per loaf. Also, there are still incoming shipments of the Turkish flour, which means that bakers could still further delay the increases they announced on Thursday.

According to Maglaya, the Philippine Association of Flour Millers (Pafmil) had committed to the DTI that local industry players would not increase their flour prices until the end of December. Pafmil members also committed to improve the quality of the Harinang Pinoy, which is being touted as a substitute to Turkish flour.

Despite the price increase, the FCBAI, PhilBaking, and the PFBAI assured the public of adequate supply of Pinoy bread products without any diminution in size or quality.