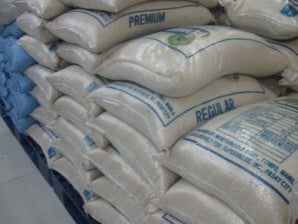 LUCENA CITY—Consumer watchdog Bantay Bigas (Rice Watch) slammed the government’s claim of rice self-sufficiency as it noted that the price of the basic commodity remains largely unaffordable to the public.

“The government’s repeated assurance of supply sufficiency is unfelt. The people do not feel this because the price of rice has not moved since it rose by P1 to P2  or more per kilo in July,” Lita Mariano, the group’s spokesperson, said in a statement on Saturday.

Poor families here in Lucena are complaining, too, of increasing rice prices.

“If the price of rice will regularly increase by a peso or two every month, I’m afraid that time will come that we could no longer afford to eat rice three times a day,” said Marites Salvacion, wife of a construction worker.

She added: “The government says in news reports we have sufficient rice, but why the price hike?”

Last week, President Aquino in his fourth State of the Nation Address (Sona) declared that the “country is on track to become self-sufficient in rice” and has started exporting premium-quality rice.

In the same week, Agriculture Secretary Proceso Alcala announced that the Department of Agriculture (DA) had shipped a second batch of aromatic rice to Singapore, allowing the agency to surpass its 2013 rice export target of 100 metric tons.

But while the agency boasts of now being able to “feed” overseas Filipinos in Singapore, domestic rice prices in public markets nationwide have not moved since its price hike of more than P2 per kilogram at the beginning of the month.

The DA’s National Rice Program also earlier said the distribution of cheap NFA rice would lead to “normal” price increases during the lean months of July and August.

Rice Watch’s Mariano said: “Current prices of this primary and basic commodity remain a burden to our people.”

The Bureau of Agricultural Statistics on its website confirmed that regular milled rice posted a P2 increase from P32 to P34 a kilo in Metro Manila as of July 9.

Economist Roehlano Briones of government think-tank Philippine Institute for Development Studies  had cautioned against pursuing “self-sufficiency” to the detriment of “food security.”

Briones argued that eliminating imports has the accompanying effect of price increases.

He said food security should be viewed in terms of affordability wherein everyone, especially the poor, can afford to buy rice.

“The goal of rice self-sufficiency is noble, but it cannot be equated to zero importation. With the continuous demand for food staples, particularly rice, as a result of a steadily increasing population, the government should maintain a practical stand to achieving food security,” Briones said.

NFA Administrator Orlan Calayag insisted that the government has enough supply of rice.

“We have an adequate supply of rice that is more than sufficient enough to last the lean months of this year,” Calayag said in a statement.