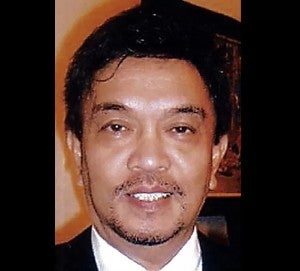 MANILA, Philippines—The allegations linking Janet Lim-Napoles to a supposed pork barrel scam should have no effect on the possible entry to the House of Representatives of her daughter, Jo Christine Napoles, who is being considered a representative of the OFW Family Club (OFWFC) party-list group.

According to OFWFC Rep. Roy Señeres, Jo Christine had not been linked to the allegations against her mother. In any case, Janet has not been charged in court and is also presumed innocent, he added.

Janet is the president of JLN Corp., the company implicated in a scheme in which P10 billion in Priority Development Assistance Fund (PDAF) of lawmakers was allegedly used for bogus projects through fake nongovernment organizations. She has denied the allegations. The PDAF is a pork barrel of senators and House members.

The OFWFC is seeking to invalidate the proclamation of its second nominee, Johnny Revilla, because of allegations that he is a US citizen. Revilla, though, has said he has renounced his American citizenship.

The group’s third nominee, Roy Señeres Jr., is in line to replace Revilla, but is going to decline the post so as not to fuel perception of a Señeres dynasty in the House. The group wants to make Jo Christine its new nominee in the chamber.

The elder Señeres said Jo Christine, a longtime friend of three of his children, had been involved with the OFWFC for a long time.

He said she had been active in the group and had even provided tickets for the repatriation of Filipinos abroad.

“During the elections, she campaigned so hard together with my kids,” he added.

Asked about Jo Christine’s entry to Congress affecting the group in light of the issue involving her mother, Señeres said this should not be the case. Jo Christine is not her mother and had nothing to do with the allegations, he noted.

“Is there an indictment already that Christine, a friend of my three kids, is a co-conspirator in these alleged anomalies? She and her mother are not one and the same,” he told reporters.

He also said nothing had been proven against Janet.

“The mother of Christine is right now only being tried by publicity. There is no formal case against her in a court of law. Therefore, if we want to be true to our basic legal principles, we are supposed to presume a person is innocent until proven otherwise,” he said.

He added that he was not going to join the mob against Janet.

“So many stones have been cast at her. I am not ready to cast another stone,” he said.

Señeres said Jo Christine and his three children—Roy, Hannah and Hazel—go a long way back since their school days at the College of St. Benilde.

They had the same charities like giving alms and food to the poor in the vicinity of De La Salle and St. Benilde in Manila. Recently, they were saddened by the death of one of their beneficiaries in that neighborhood.

Jo Christine was an OFW herself in The Hague, Netherlands.

Señeres said Capt. Bembot Rosales was chapter president of the Club in Butuan City where the party-list group obtained 7,000 votes. “We were second to Abamin, which obtained 12,000 votes,” he said.

“But in Metro Manila where Christine and my kids campaigned hard, we obtained 100,000 votes,” he said.

On May 27, the chapter presidents of the OFWFC passed a resolution choosing Jo Christine instead of Rosales to replace Revilla in case he is replaced.

“I can work harmoniously with Johnny should the HRET (House of Representatives Electoral Tribunal) decide not to disqualify him,” Señeres said.—With a report from Christian V. Esguerra