2 options on pork: Put more safeguards or scrap it 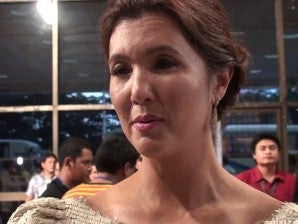 Sen. Pia Cayetano on Tuesday made a case for the abolition of the congressional pork barrel if the safeguards meant to prevent their misuse have proven ineffective in cases like the P10-billion funds scandal involving the fraudulent release of pork barrel money to bogus nongovernment organizations (NGOs).

Cayetano said it would be a “sad development” if many worthwhile projects would go unfunded if the pork barrel, officially called the priority development assistance fund (PDAF), were to be abolished.

“But we have to weigh the consequences because it is unacceptable that people’s money are being wasted. You can’t say that there are enough safeguards. Clearly there are not if these things are happening,” she said.

“If [this scam] managed to get through, we owe it to the people to either put more safeguards or to abolish it because that’s really a waste of money,” she added.

Cayetano said she could not understand how the funds could have been released to the fake NGOs for a whole decade when the Department of Budget and Management (DBM) more than once rejected projects that could have benefited from her share of the pork barrel.

Sen. Francis Escudero earlier filed a resolution calling for the Senate to investigate the designation of PDAF beneficiaries and how it had apparently mutated into a multibillion-peso racket allegedly run by the Janet Lim-Napoles group of companies as reported in the Inquirer.

Cayetano said the programs that she submitted to the DBM were “aboveboard and really good” but they were still rejected.

She said some of her proposed projects involved building schools in the mountains.

“Perhaps, I’m the only senator who was able to climb different mountains. I do that and I manage to have schools built in the places I’ve been to,” she said.

A check with Cayetano’s office indicated that some of these projects included those involving the installation of recovery facilities, an electronic health system, solar panels and solar lanterns in some local government units.

“I don’t know how it happens because as regards my projects, I often receive notices that they don’t meet the requirements of the DBM and therefore, weren’t approved. So I don’t know how [the releases to the fake NGOs] were approved,” Cayetano said.

She said there was no need for the Senate to embark on its own probe of the scam and should just let the National Bureau of Investigation continue its investigation.

“Under the administration of President Aquino, I know there will be a serious investigation. That’s why I don’t feel there’s a need for a separate investigation,” Cayetano said.

Escudero said he has filed Senate Resolution No. 40 directing the blue ribbon committee to conduct an inquiry into the scam allegedly involving the Janet Lim-Napoles group.

“It has become a painful misconception that the PDAF is a cash allocation given to congressmen and senators with unlimited discretion to disburse and spend with neither constraints nor accountability. But on the contrary, legislators do not handle the funds and implement the projects,” he said.

“Their participation is limited to the designation of beneficiaries and identification of projects, and the implementation is undertaken by government agencies concerned,” he said.

Escudero wants the Senate to look into the designation of the PDAF beneficiaries that were used in the P10-billion scam.

“We deserve no less as a people and as a nation, we have to make sure that everyone adheres to the principles of good governance when it comes to public funds. At the same time, we have a responsibility to protect the integrity and reputation of the Senate as an institution and as a pillar of our democracy. This should be nonnegotiable,” he said.