Oil imports only at select ports–BOC 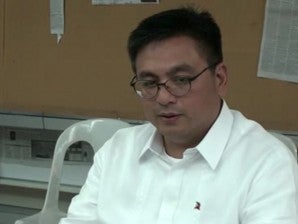 The directive is “not yet final, but it is under study and preparation by the bureau’s Assessment and Operations Coordinating Group (headed by Deputy Commissioner Prudencio Reyes Jr.),” Biazon told the Inquirer.

Because of the smuggling of oil products, the BOC has heightened its monitoring of economic zones and large ports like Limay, Bataan; Batangas City; and the Manila International Container Port.

These entry points for imported petroleum products have been under scrutiny not only by the BOC but also by the Bureau of Internal Revenue.

In April, Biazon acknowledged as real the oil smuggling problem in the country. However, he disputed an Inquirer report that said it had become rampant during the first two and a half years of the Aquino administration.

“It’s a real problem, but I wouldn’t say there’s enough physical evidence to say it’s rampant other than the claims based on computations of various data from various sources,” he said.

The former Muntinlupa City legislator disclosed that the bureau was embarking on other measures to address oil smuggling, including the collection of taxes on petroleum products whether they are bound for economic zones or not.

Those who are qualified for exemptions will have to apply for a refund, he said, stressing “this will eliminate a loophole that some oil smugglers take advantage of.”

In a recent blog, the BOC head pointed out that the oil smuggling problem was “not one that just cropped up during my tenure as customs commissioner in the Aquino administration from 2010 to the present.”

“It is a problem that hounds every customs administration not just in the Philippines but around the world. Even the most technologically advanced customs administrations face the same problem. The only difference is the magnitude of the problem and the dynamics of the system prevailing in each country,” he said.

Biazon, however, said that it was not an excuse for the government not to take action on the matter. “The BOC is indeed in the front lines of the drive against petroleum smuggling, as well as those of other commodities,” he said.

He said one of the loopholes that had been identified was the importation duty free of petroleum products into the economic zones for use within those zones, but which eventually end up in retail stations outside the zones.

“Proof of this is the fact that the fuel marking program has resulted in the confiscation of market fuel and the inclusion for prosecution of those caught selling the smuggled fuel. Even big players in the industry are not spared from cases filed against them now pending in the justice system,” he said.

He said the BOC was currently upgrading its electronic customs clearance system that includes a petroleum inventory system which would automate data gathering and the analysis of petroleum products.

“In addition, an information-gathering mechanism is also being set up for analysis of these data to determine if the petroleum imported are accurately recorded and discharged,” he said.