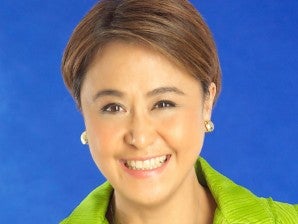 “It’s unfortunate that the previous administration chose to play politics and withheld release of funds which I allocated for the Protected Areas and Wildlife Bureau (PAWB) in 2009 when I was still senator. The allotment includes P20 million for an upgraded ranger station in Tubbataha which would have prevented the intrusion of foreign vessels into the area.”

Madrigal pointed out that the P20-million meant for the Tubbataha ranger station, which is part of the P150 million withheld by the Arroyo administration, shows who should share the blame in  the poor policing of Tubbataha.

“It’s not too late to correct the sins of the past administration. I’m requesting President Aquino to immediately order the release of the funds and come up with adequate resources to police protected areas,” she stressed.

Madrigal said her long-running battle against corruption, particularly during the Arroyo administration, was probably the reason behind the non-release of the funds. The former senator was a known critic of the Arroyos.

She said even the World Wildlife Fund is leading an initiative to raise P20-million for a new ranger station. “They don’t need to look far. I have allocated P20-million for this purpose as early as 2009. I need WWF’s help in finding those funds and ensuring its release,” she added.

Last week a 48-meter Chinese fishing vessel, the Ming Long, hit Tubbataha at around 1.1 nautical miles from the park ranger station. This, even as government has yet to complete its evaluation of the damage done to the coral reef by the US Navy’s USS Gaurdian which ran aground in the area last January. The incident reportedly caused at least 2,345 of damage to area which is a protected World Heritage site of the UNESCO.

Madrigal is running under a platform that includes bringing about the genuine, adequate pro-Filipino protection and rehabilitation of the environment.