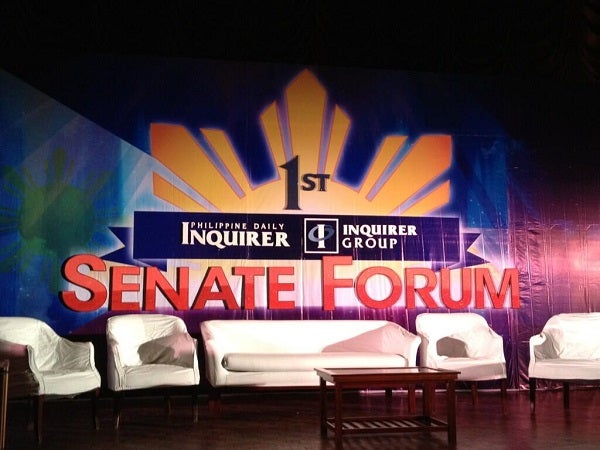 INQUIRER SENATE FORUM The Philippine Daily Inquirer hosts the Senate Forum, a three-part series on senatorial candidates in the May elections. The first is this Wednesday, April 10, at UP Diliman in Quezon City.

MANILA, Philippines — Several senatorial candidates both from the Team PNoy and the United Nationalist Alliance (UNA) are set for a showdown Wednesday as they participate in the Philippine Daily Inquirer’s first Senate Forum with the topic “How Does the Senate Really Work?”

The event at the University of the Philippines Film Center is open to the public.

This is the first of a series, with two other fora to be held on April 18 in Baguio and on April 26 in Cebu.