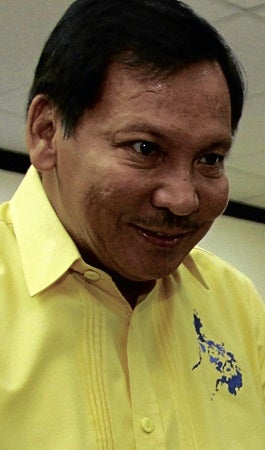 MANILA, Philippines—Caloocan City Mayor Enrico “Recom” Echiverri on Thursday denied accusations that he had entered into contracts without authority from the city council as alleged by the Commission on Audit (COA) in its 2011 report.

Echiverri told the Inquirer that all approved city developmental projects were authorized by city council ordinances and resolutions in accordance with the Local Government Code.

He said the 2011 COA audit report was an “old report” and that the concerns raised there had been fully addressed by the city and rendered “moot and academic” by subsequent developments.

“My political opponents are running out of issues to throw at me that they are now using old and dated sources that will not stand under careful scrutiny and investigation,” he said.

Echiverri also said the headline of the Inquirer story, which carried the audit report about the projects being illegal, was misleading.

The mayor said the Department of the Interior and Local Government (DILG) would not have awarded the Caloocan City government a Seal of Good Housekeeping two years in a row—2011 and 2012—if it had adverse findings or reports from the COA.

“The late DILG Secretary Jesse Robredo would have disqualified Caloocan from receiving the award since a clean report from COA is one of the criteria set by the DILG,” he said.

According to the mayor, the P89.911 million under question, which was used for local development projects under the 2011 annual appropriations, was approved by the city council under City Ordinance No. 0468.

In fact, the city council passed a subsequent resolution, Resolution No. 1985, which clarified, confirmed and ratified all contracts entered into by the city of Caloocan, he said.

“The minutes of the city council budget deliberations and the subsequent resolution of the city council reiterating its approval of the specific projects and programs have placed this matter to rest. The media is just being played here and being herded into a wild goose chase,” Echiverri said.