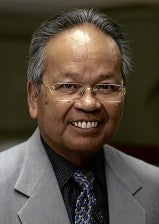 Voting 8-6, the high court, in a resolution ruling released Wednesday, has approved the request of Panganiban to include in the computation of his government service his work as legal counsel to the Department of Education and its former Secretary Alejandro Roces and consultancy work to the Board of National Education (BNE) from January 1962 to December 1965.

Upon reaching the compulsory retirement age of 70, Panganiban was credited with 11 years, one month and 27 days of government service. However, the Office of Administrative Services (OAS) did not include in the computation his 4 year service as legal counsel to the DepEd and its Secretary and his consultancy work to BNE. Under Rule XI of the Omnibus Rules Implementing Book V of Executive Order 292 or the law that instituted the Administrative Code, “consultancy is not considered government service.”

Panganiban was only given a 5 year lump sum payment since Republic Act 910 or the law that provides for the retirement of justices of the Supreme Court and of the Court of Appeals requires 20 years of government service.

Then, in 2010, former President Gloria Macapagal-Arroyo approved Republic Act 9946 which reduced the requisite length of service from 20 to 15 years to be entitled to retirement benefits with lifetime annuity and survivorship clause.

This prompted Panganiban to seek a re-computation of his creditable government service. The high court required him to submit supporting documents to which he has complied.

Associate Justice Arturo Brion, one of the six who dissented to the ruling, said there must be an appointment to a position to be considered part of a government organizational structure.

Brion further said that the ruling would open the door to more requests for recomputation from retired justices whose “request for liberality” was denied by the high court.

But the high court pointed out that Panganiban is similarly situated with retired Justice Abraham Sarmiento and former Chief Justice Andres Narvasa whose legal counselling were credited as government service.

Brion also noted that the ruling might be considered as “flip-flopping” since this is the second time Panganiban made the request.

The majority, however believed that this is the first time Panganiban made the request to the high court’s en banc since the first one was only a letter of inquiry addressed to the Deputy Clerk of Court and Chief Administrative Officer Atty. Eden Candelaria.

Aside from Brion, the other justices who dissented were Teresita Leonardo-De Castro, Diosdado Peralta, Lucas Bersamin, Martin Villarama and Jose Catral Mendoza.