NYC woman: Husband wanted to kill me, eat others 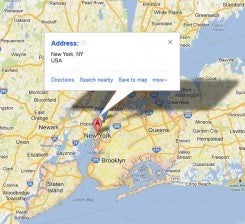 NEW YORK—The estranged wife of a New York City police officer struggled to keep her composure Monday as she testified about discovering shocking emails and other evidence on his computer showing he had discussed killing her and abducting, torturing and eating other women.

“I was going to be tied up by my feet and my throat slit, and they would have fun watching the blood gush out of me because I was young,” Kathleen Mangan-Valle told a Manhattan jury that one chat revealed.

Mangan-Valle, 27, also read about plans to put one friend in a suitcase, wheel her out of her building and murder her. Two other women were “going to be raped in front of each other to heighten their fears,” while another was going to be roasted alive over an open fire, she said.

“The suffering was for his enjoyment and he wanted to make it last as long as possible,” she said.

Mangan-Valle broke down in tears several times, but the emotional peak of the day came when a defense attorney showed her pictures of Officer Gilberto Valle in uniform feeding their newborn daughter, prompting both she and Valle to openly weep as the judge sent the jury away for an afternoon break.

The drama came on the first day of testimony at the closely watched trial of the 28-year-old Valle, a baby-faced defendant dubbed the “Cannibal Cop” by city tabloids.

Valle is accused of conspiring to kidnap a woman and unauthorized use of a law enforcement database that prosecutors say he used to help build a list of potential targets. A conviction on the kidnapping count carries a possible life sentence.

The officer has claimed his online discussions of cannibalism were harmless fetish fantasies. But in opening statements on Monday, a prosecutor said “very real women” were put in jeopardy.

Defense attorney Julia Gatto argued that her client “never intended to kidnap anyone.” She added: “You can’t convict people for their thoughts, even if they’re sick.”

Mangan-Valle testified her husband began asking questions about where she liked to jog, what the lighting was like and whether other people were around. Using spyware on his computer, she said she uncovered gruesome photos and the names, heights, weights of women.

She also found that he had visited a fetish website that featured images of dead women.

Once Mangan-Valle fled her home and reported his strange behavior to the FBI last year, agents uncovered “a heinous plot to kidnap, rape, murder and cannibalize a number of very real women,” Jackson said.

The officer had attempted to contact potential victims, including a New York City elementary school teacher, to learn more about their jobs and residences, the prosecutor said. His Internet research also included the best rope to tie someone up with, recipes, human flesh, white slavery and chemicals that can knock someone out, Jackson said.

Gatto countered in her opening statement that there was “no proof of a crime here. The charges are pure fiction.”

Valle, she said, had always been aroused by “unusual things” including the thought of a woman boiled down on a platter with an apple in her mouth, his lawyer said. He found a home at a fetish website with 38,000 registered members, where regulars discuss “suffocating women, cooking and eating them,” she said.

The defense has denied that Mangan-Valle was a potential victim. Valle had made clear that his wife “was unavailable for any kidnapping fantasy,” the defense has said in court papers.

On cross-examination, Gatto asked Mangan-Valle if she declined to meet with the defense before the trial began.

“You’re representing the man who wants to kill me,” she responded. “No I don’t want to talk to you.”

Valle is expected to take the stand to make the case that it was all role-playing fantasy. The defense also is planning to call experts to explain the fetish subculture and to show jurors the videotaped testimony of the fetish website’s co-founder Sergey Merenkov.

Merenkov called the site “a clone of Facebook, but it is oriented to people with fetishes that are not considered standard.” Asked about the most popular fetishes, he responded, “All sorts of asphyxiation” and “peril cannibalism.”

“For most laymen, they’re going to think about it as cannibalism,” Devore told The Associated Press on Monday. “But what it really is, is an obsession about consuming the flesh of the other, and this can have a whole range of expressions . . . It is mostly played out in fantasy, mostly played out in role-playing.”

There are well-known criminal extremes like Jeffrey Dahmer, who saved pieces of his victims’ body parts and ate the flesh, Devore said, though “the instances of this kind of violence are extremely rare.”

Another cop gunned down in Cagayan de Oro