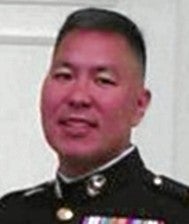 The video that went viral was apparently not convincing enough.
The four men charged with the murder of US Marine Major George Anikow walked out of jail on Friday after being granted bail by a Makati City judge who cited insufficient proof that they acted in conspiracy and used “superior strength” in the street brawl that led to the killing.

It was a crucial twist in the case closely monitored by the US Embassy, which had consistently sent observers to the bail hearings. Anikow, 41, a US Marine previously deployed in Afghanistan, was also the husband of an American diplomat then posted in the country and residing in the upscale Bel-Air subdivision in Makati. 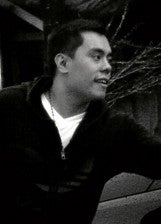 An altercation between Anikow and the four accused at a security checkpoint near Bel-Air led to the killing in the early morning of Nov. 24, 2012. The incident was partly captured on a security camera and the video clip was later presented as evidence by the prosecution.

In a seven-page resolution, Dumayas said the prosecution failed to present sufficient evidence to prove that the suspects acted in conspiracy or used superior strength—two elements of murder—in the fatal stabbing of Anikow, who was reportedly drunk at the time.

“After a perspicacious review of both the testimonial and documentary evidence of the prosecution, the court is of the view that the evidence of guilt, insofar as it indicts the accused for murder, is not strong and thus entitles all to bail,” the judge said. 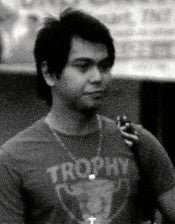 Dumayas described the incident as “a tragedy triggered by uncontrollable display of ‘machismo’ attributable to Anikow’s hard pounding of the (suspects’) car, perceived as degrading and high handed by the accused.”

He said he did not consider Anikow, “an established member of the United States military service, to be placed at a disadvantage given the number of the accused.”

He noted that Anikow also hit the accused when they exchanged blows. 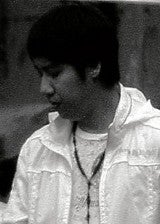 In dismissing the element of conspiracy, he said “the untoward incident was created by plain emotional upheaval. It is therefore unplanned.”

While the suspects’ parents hailed the ruling, Dr. Jose Cabrera, father of Osric, said he still felt aggrieved by the way the hearings went and that he would inform President Benigno Aquino III about it.

“Even the prosecution witness stated that the aggressor was Anikow. And it is very clear that there was no conspiracy among the accused,” said Jay de Castro, counsel of Datu III.

Hannah Arriola, the lone public prosecutor in the case, said she was disappointed by the ruling. “I honestly believe that there’s enough basis, that the evidence of guilt is strong and that there is enough basis for the denial of bail,” she told the Philippine Daily Inquirer.

“With the court granting bail, it clearly undermines the charge of murder because, in essence, the court ruled that what we have is insufficient to establish the qualifying circumstance,” Arriola said.

She also noted that the court tackled the issue of conspiracy which in her view was “immaterial” to the granting of the petition for bail.

“Where is the court leading to? Only the suspect who stabbed the victim would be found guilty of homicide?” she added.

Dumayas’ ruling considered the following pieces of evidence presented by the prosecution:

The closed-circuit television (CCTV) footage of the Nov. 24 incident, the eyewitness testimony of security guard Jose Romel Saavedra, the testimony of Dr. Voltaire Nulud who did the autopsy on Anikow’s body and the medico-legal examination of the four accused, the testimonies of Damasino Dosohan Jr. and Leo Puri on the authenticity of the CCTV video, and the testimony of PO3 Noel Cuestas who was presented as a video enhancement expert.

“These were the strongest evidence presented by the prosecution,” Arriola stressed. “And it’s disappointing because in most cases we have to work with less.”

“Now I don’t know how to proceed from this point onward because I really believe the prosecution has more than enough,” she added.

Earlier in the trial, the defense lawyers asked the court to downgrade the murder charge to homicide. The next hearing is set on March 7.