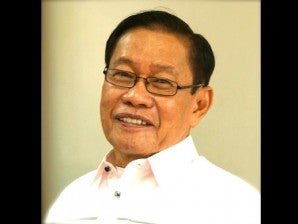 MANILA, Philippines—For asking a Quezon City regional court to temporarily stop the Social Weather Stations and Pulse Asia from conducting senatorial preference surveys, a candidate now finds himself the subject of a P1.4-million countersuit from the two polling organizations.

SWS and Pulse Asia objected to the demand of lawyer Samson Alcantara, a senatorial candidate of the Social Justice Society, that he first be provided with the list of questions that would be posed to respondents in the surveys.

“Pulse Asia has no legal obligation to notify plaintiff Alcantara, give him copies of survey questions to be propounded to the respondents, and data regarding respondents. [His] demand for such notice and information has no legal basis,” Diokno said.

Diokno also said that Pulse Asia’s right to conduct public opinion surveys, evaluate the results and release them to the public involves matters of public concern. He said such acts could not be lawfully restrained or enjoined unless they have been proven to pose a clear and present danger that would require the intervention of the state.

Being a senatorial candidate, Alcantara is a public figure and has “impliedly consented” to be included in surveys of legitimate public opinion polling bodies such as SWS, Diokno added.

Bacungan argued that it was the Commission on Elections and not the court that has jurisdiction over political surveys.

“It is nothing more than an attempt on the part of [Alcantara] to inquire into the lawful conduct of SWS’s legitimate right and business to conduct surveys in any and all fields, and is a prior restraint or abridgment of the freedoms of speech, expression and press, without any basis in the Constitution, in law and in the rules and regulations of the Comelec,” he said.

Pulse Asia demanded P50,000 in exemplary damages and compensation for having to retain the services of a counsel worth P100,000 plus P10,000 per court appearance and P25,000 in liitigation expenses.

Alcantara said he had all the right to take steps to protect his chances of success in the elections and would be ready to argue the case before the court.

“I’m not questioning their right to conduct surveys. I’m merely asking what are the questions being asked in the surveys and that I be informed about it so I can protect my interests. This is also what people are asking. The activities of the polling bodies are not purely private undertakings but are impressed with public interest,” he said in an interview.

He said called the countersuits of SWS and Pulse Asia as “harassment.”

“Just because they are giant polling bodies does not mean they can do this to a cash-strapped candidate like me. I don’t even have money to campaign, how much more to pay for the damages they are seeking? This is what a poor candidate is being put through just because he’s trying to protect himself,” the lawyer said.

Alcantara cited Section 10, Article IX-C, of the Constitution, which states: “Bona fide candidates for any public office shall be free from any form of harassment and discrimination.”

The SJS candidate filed the suit last November as the polling organizations began releasing results of their senatorial surveys.

He said his chances in the May election might be jeopardized if the questions asked in the surveys were unfair, incomplete or tended to create a bandwagon effect in favor of certain candidates.