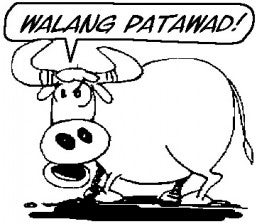 Beware of bogus collectors during Mass. Better yet, know the time when cash donations are collected, especially if you are in Baclaran Church.

In light of the huge number of people expected to troop to the National Shrine of Our Mother of Perpetual Help—also called the Redemptorist Church—to hear Mass on Christmas Day, a Church official advised the public to avoid getting duped by unscrupulous people disguising themselves as the Church’s sanctioned collectors.

According to Fr. Victorino Cueto, the Church rector, his office has been receiving reports from churchgoers that they have been hoodwinked by people making a second collection during Mass.

“We never have any second collection in Baclaran Church,” Cueto said, stressing that the Church’s Mass collectors only go around to collect donations right after the homily so they will be done with their work in time for the offertory.

He said a woman, who realized she had given money to a bogus collector, went to his office one day and asked if the Church just had a second collection. She said someone had gone around collecting money before the homily.

“She only realized that she had given money to the wrong collector when our own Mass collectors came to her row after the homily,” the priest said.

Another incident occurred during the Holy Week this year after a liturgical celebration in the evening.

It appeared that the fake collectors took advantage of the large number of churchgoers attending the event and went around soliciting donations.

“We tried to run after them but we were not successful,” the priest said.

“That’s why we warn the public every now and then, specially before the Mass starts, to be wary of these people pretending to be collectors,” Cueto said. “We issue the warning specially this Christmas when many people are expected to attend Mass.”

He appealed to those involved in the modus operandi to stop duping people of money intended for the church’s social mission apostolate.

“I hope they respect the Church and the people’s intentions in making donations,” Cueto said. “These innocent churchgoers want to help the Church in its programs, especially our social mission apostolate. Deception will never be justified.”

To prevent churchgoers from getting deceived, the Church has issued new uniforms to its collectors—the only problem is these church collectors  regularly change the design of their uniforms.

The shrine’s 24-hour security service has been alerted about the fraud, Cueto said.

Next year, he said, the closed-circuit television (CCTV) cameras installed in the church would be upgraded to beef up security.

Read Next
Christmas without faith is an empty Christmas—Archbishop Villegas
EDITORS' PICK
Look Through: The fate of impounded stray dogs
Palace warns sugar hoarders after raid on Pampanga warehouse
What to watch out for when selecting a video surveillance solution
Unleash the photographer in you this World Photography Day with vivo smartphones
House energy committee chair Arroyo bats for cheap electricity
Metro Manila’s COVID-19 cases on downward trend, but surge not over — OCTA
MOST READ
LOOK: Miel Pangilinan dazzles in glittery pre-debut shoot
Man abducted in Batangas gasoline station, found dead in Quezon
August 19 a special non-working holiday in Quezon City
Vice Ganda dismisses rumors he broke up with Ion Perez: ‘Masaya kami’
Don't miss out on the latest news and information.