Time names Obama person of the year for second time 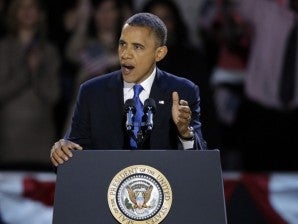 NEW YORK – Time magazine on Wednesday named the recently re-elected US President Barack Obama as its person of the year for 2012 — the second time it has accorded him this honor.

The venerable American news magazine said the United States is in the midst of huge cultural and demographic changes and Obama is both the symbol and in some ways a driving force behind the transformation.