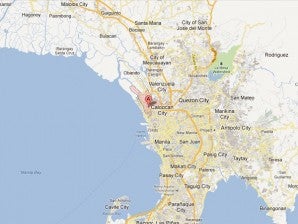 MANILA, Philippines – Sticking to a routine may have proved fatal to a Chinese couple who were attacked by at least two still-unidentified men in Malabon City while delivering their employees’ payroll on Saturday.

The victims, Mintin Ong, 70, and his wife, Quency, 60, were declared dead on arrival at the Manila Central University hospital after they were shot by the assailants in front of their factory, White Horse Plastic Factory, on Dizon Street around 7 a.m.

Quency was hit pointblank in the head, while her husband sustained a gunshot wound in the chest.

Senior Suerintendent Ferdinand Ampil, officer-in-charge of the local police, told the Philippine Daily Inquirer that the couple had made it their routine to give their employees their salaries on a Saturday.

At that time, Ampil said, the victims were bringing to the factory almost P100,000 in cash. The money has not been recovered.

Although there was a closed-circuit television camera in the area, Ampil said this was not working at that time.

The weapon used has also not been recovered.

Ampil said, however, that police managed to retrieve two empty shells from the crime scene. He said these would be subjected to a ballistics exam to help the authorities in their investigation.