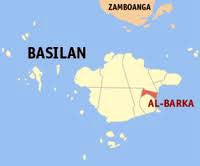 MANILA, Philippines – The general court martial has denied a motion for reconsideration of the military officer involved in the Al-Barka incident in 2011 which led to the killing of 19 Army Special Forces by Muslim rebels.

“The court deliberated in close session and with seven members presented…voted to deny the motion for reconsideration because there are no new matters or defense by Undog, the arguments are based on the old ones,” Loy told reporters.

He said Undog will present his next evidence on the next hearing on November 27.

Undog is charged with violations of Articles of War 96 (Conduct Unbecoming of an Officer and a Gentleman) and 97 (Disorders and Neglects to the Prejudice of Good Order and Military Discipline).

Meanwhile, the court will issue a ruling also in the next hearing for another officer on trial, former Commander of the 4th Special Forces Battalion Lieutenant Colonel Leonard Pena’s motion to dismiss the case, according to Loy.

Peña has been charged with violations of Articles of War 96, 97 84 (Willful or Negligent Loss, Damage or Wrongful Disposition).