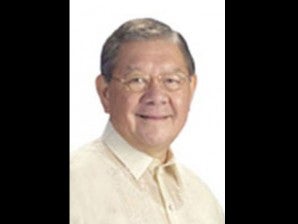 MANILA, Philippines — Speaker Feliciano Belmonte Jr. on Thursday saw the proposed substitute bill on the controversial Reproductive Health Bill as a step forward to having it voted on by legislators.

In an interview with reporters at the House of Representatives, he voiced his hopes that fellow lawmakers “see the point that this is such a great improvement.” He deemed it unfair to the country if legislators opposing the bill would continue trying to hamper its passage given that amendments seen as acceptable to those who are anti-RH Bill were included in the substitute bill.

Albay Representative Edcel Lagman, proponent of House Bill 4244 or the Responsible Parenthood and Reproductive Health Bill, said that the new version circulated to fellow members of the House of Representatives contained the following new amendments:

1.) The State guarantees public access to relevant information and education on medically safe, legal, ethical, affordable, effective and quality reproductive health care services, methods, devices and supplies that do not prevent implantation of a fertilized ovum as determined by the Food and Drug Administration (FDA).

2.) The State shall likewise prioritize the needs of poor women and men in marginalized households as identified by the National Household Targeting System for Poverty Reduction (NHTS-PR) and other government measures of identifying marginalization, who shall be voluntary beneficiaries of reproductive healthcare, services and supplies for free.

3.) The State shall also provide funding support to promote modern natural methods of family planning consistent with the needs of acceptors.

4.) The State shall promote openness to life, provided that parents bring forth to the world only those children that they can raise in a truly humane way.

5.) There shall be no demographic and population targets and the mitigation, promotion and/or stabilization of the population growth rate are incidental to the advancement of reproductive health and sustainable human development.

6.) Family planning information and services shall include as a first priority making women of reproductive age fully aware of their respective fertility cycles.

7.) The teaching of reproductive health and sexuality education shall be promoted and conducted with due deference to cultural, religious and ethical norms of various communities.

9.) The FDA shall update the Philippine National Drug Formulary (PNDF) with respect to modern family planning products and supplies in accordance with standard medical practice.

Under the proposed substitute bill, Belmonte said that the government will prioritize poor couples who “want to limit the number of their children but cannot afford to do so.”

“It’s not that watered down version,” said Belmonte, pointing out that the revised version of HB 4244 answered the objections to the original bill, which has drawn much opposition from lawmakers who have earlier resorted to using privilege speeches in order to delay its developments. He said that what concerned him was that people were already taking sides even without a definite bill to vote on.

“My only idea was to come up with a final text that you could actually say ‘this is what we’re talking about.’ We did come up with it and I think some of those in the opposition think that with a little more tinkering it might be acceptable,” he said, admitting that they have not convinced all of those against the RH Bill.

One of the changes those privy to the latest round of discussions on HB 4244 agreed on was that they would only provide contraceptives which did not interfere with the implantation of a fertilized egg. “I think that’s a basic concession of this bill,” said Belmonte.

“There was an argument that some pills on the market do everything: prevents the meeting of the egg and sperm, fertilization, and prevents implantation. We have to exclude those kinds of pills,” he added.

Asked whether there are pills acceptable under the substitute bill, Belmonte said that doctors they consulted said that “there are products like that.”

“I’m hoping that the current draft can be considered and voted on as a substitute for the final bill,” he said, considering the delaying tactics employed by lawmakers who were against opening the RH Bill to amendments before.

Lagman has earlier said that he remains optimistic that the RH Bill can be approved before they go on Christmas break.

HB 4244 is one of the bills expected to be tackled once lawmakers reconvene on November 5 after going on recess for All Saints Day.