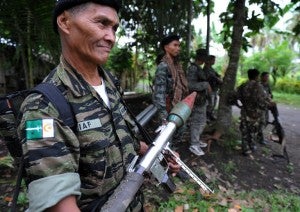 MANILA, Philippines—Philippine Muslim rebels said Sunday they were “very happy” a road map had been agreed with the government aimed at ending their decades-long separatist insurgency in the south of the country.