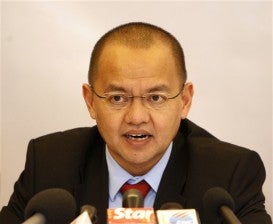 MANILA, Philippines—Muslim rebels in the southern Philippines have been fighting since the 1970s for independence or autonomy, with the conflict claiming about 150,000 lives.

1972: President Ferdinand Marcos declares martial law across the country to contain what he says are growing Muslim and communist insurgencies.

1974: As the MNLF gains strength, Marcos unleashes the military against the rebels. It is the start of intense fighting across parts of Mindanao that lasts for over a decade, a period when most of the 150,000 lives are lost.

1975: The government holds its first meeting with Misuari in Jeddah, Saudi Arabia. He agrees to explore autonomy as a basis for talks.

1976: Libyan leader Moammar Gadhafi oversees the signing of the Tripoli Agreement, providing a framework for autonomy in 13 provinces and nine cities in Mindanao.

1978: One of the MNLF’s leaders and fiercest ideologues, Salamat Hashim, splits from the MNLF and vows to press ahead with the fight for an independent Islamic state.

1986: Marcos is toppled in a ‘people power’ revolution and replaced by Corazon Aquino, who launches peace talks.

1996: The MNLF signs a peace deal with the government of then-president Fidel Ramos. The MNLF settles for autonomy, and the deal creates the Autonomous Region in Muslim Mindanao encompassing five predominantly Muslim-populated provinces.