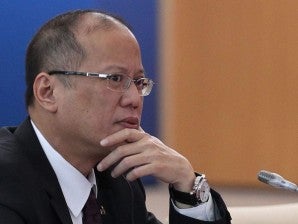 MANILA, Philippines – Philippine President Benigno Aquino III said Sunday that his government has reached a preliminary peace agreement with the nation’s largest Muslim rebel group in a major breakthrough toward ending a decades-long insurgency in the country’s south.

Aquino described the deal in a nationally televised announcement as a “framework agreement” — a road map for establishing a new autonomous region to be administered by minority Muslims in the predominantly Roman Catholic nation’s south. It follows marathon negotiations between the government and the Moro Islamic Liberation Front in Malaysia, which is brokering the talks.

The agreement is expected to be signed in a few days in the capital, Manila, officials said. It spells out the general principles on major issues, including the extent of power, revenues and territory of the Muslim region. If all goes well, a final peace deal could be reached by 2016, when Aquino’s six-year term ends, according to the officials.

“This framework agreement paves the way for final and enduring peace in Mindanao,” Aquino said, referring to the Philippines’ main southern region and the homeland of the country’s Muslims.

“This means that the hands that once held rifles will be put to use tilling land, selling produce, manning work stations and opening doorways of opportunity.”

He cautioned, however, that “the work does not end here.”

“There are still details both sides must thresh out,” he said.

The deal marks the most significant progress in 15 years of negotiations with the 11,000-strong Moro group on ending an uprising that has left more than 120,000 people dead and held back development in the south. Western governments have long worried that rebel strongholds could become breeding grounds for al-Qaida-affiliated extremists.

“The parties agree that the status quo is unacceptable,” said the 13-page agreement, seen by The Associated Press. It calls for the creation of a new Muslim autonomous region called the “Bangsamoro” to replace an existing one, which was created in 1989 and that Aquino characterized Sunday as “failed experiment.”

The accord calls for the establishment of a 15-member “Transition Commission” that would thresh out the details of the preliminary agreement and draft a law creating the new Muslim autonomous region in about two years.

The rebels would undertake a “graduated program” to decommission their armed guerrilla units “so that they are put beyond use,” the agreement said, without specifying a timetable.

Philippine officials said the preliminary accord would be posted on the government’s website for public scrutiny and signed soon in the Philippine capital in the presence of Aquino, Malaysian Prime Minister Najib Razak and Moro rebel chief Al Haj Murad Ibrahim.