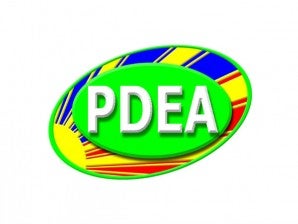 MANILA, Philippines—Four people were arrested following the recovery of P400,000-worth of suspected methamphetamine hydrochloride, or “shabu” through an entrapment operation that surprisingly led to the discovery of an alleged drug den in Misamis Oriental, a Philippine Drug Enforcement Agency (PDEA) official said Wednesday.

In a belated report, PDEA Director General Undersecretary Jose Gutierrez Jr. said suspects Ansao, 33, a watch-listed drug personality; and his alleged cohort, Aldinn Colinares, 35, were arrested after being caught red-handed while handing over a sachet containing suspected shabu to an undercover agent who posed as buyer in their transaction that took place at the suspects’ residence at Block 38, Lot 7, Vamenta Subdivision, Barra in Opol, Misamis Oriental last Wednesday.

Gutierrez said Colinares tried to escape and ran into a house just across the street, but operatives were able to subdue him.

“The foot chase led to the discovery of a much bigger bounty—a drug den allegedly owned and operated by Ansao himself,” he said.

Four more sachets of shabu and another two containing drug residue, along with various drug paraphernalia, a Honda Wave motorcycle and a Multi-Cab Suzuki vehicle, were recovered from the den. “Two employees of the drug den, identified as Arn Naul and Deo Bermejo, both 22 years old, were likewise arrested because of their presence inside the illegal drug facility,” Gutierrez said.

Gutierrez added that after further search on Ansao’s house, the operatives recovered one digital weighing scale, a mobile phone, a Mitsubishi Montero Sports Utility Vehicle (SUV), where the seized illegal drug was found; and the 1,000-peso marked bill used during the transaction. Also recovered from Ansao were cash deposit slips under the name of different personalities.

Based on investigation, Ansao uses his Montero SUV for transporting illegal drugs in the cities of Cagayan de Oro and Marawi.

Ansao, Colinares Naul and Bermejo are now facing charges for violation of Republic Act 9165, or the Comprehensive Dangerous Drugs Act of 2002.  All four are temporarily under the custody of PDEA Regional Office 10.