What if 7.6 quake hit Metro Manila? 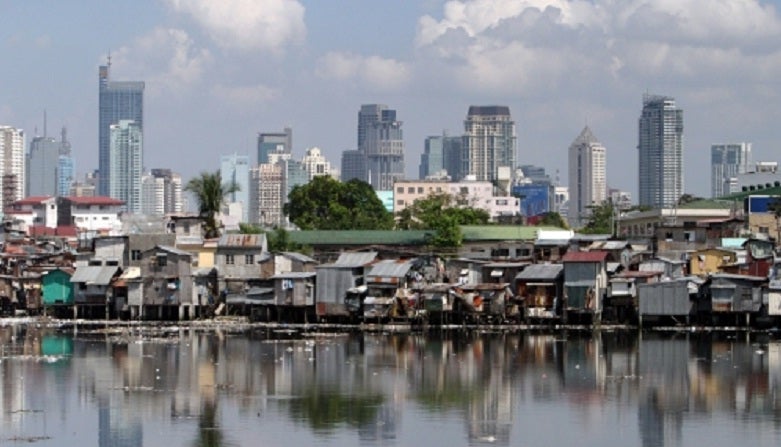 In the aftermath of last week’s powerful earthquake that struck the country’s east coast but caused little damage, government officials and scientists find themselves contemplating a number of disaster scenarios.

What if the 7.6-magnitude temblor that jolted Samar, Leyte and Surigao provinces on Friday had stricken crowded, chaotic Metro Manila instead? What if it had originated from the West Valley Fault? What if this was the “big one” that scientists had warned about?

Is the nation’s capital adequately prepared for the next big quake?

Early this year, as part of the joint “Balikatan” exercises between US and Filipino troops, American officers presented to Ramos what appeared to be scenes from a nightmare: a crippled metropolis with collapsed buildings, fallen bridges, fires breaking out, escaped prisoners running riot and thousands of people buried in the ruins of their homes.

“When the Americans presented these scenarios, that was only when I started to appreciate the gravity of the problems we might face,” Ramos said in an interview aired over Radyo Inquirer.

In March 2004, a study by the Japan International Cooperation Agency (Jica), Philippine Institute of Volcanology and Seismology (Phivolcs), and Metropolitan Manila Development Authority (MMDA) tried to present a picture of what could happen to the metropolis in case of a 7.2-magnitude quake.

Its finding was sobering.

“Fires will break out and burn approximately 1,710 hectares,” it said. “Infrastructures and lifelines will also be heavily damaged.”

A total of 18,000 more people will be killed “by this secondary disaster,” the study said.

“This human loss, together with properties and economy losses of Metropolitan Manila will be a national crisis,” it said.

If such a crisis arises, Ramos said, one of the most important questions that must be immediately answered is: Where will rescue come from?

“What if even the responders are affected, even, let’s say, only 10 percent of them?” the NDRRMC chief said.

“Of course, their priority will be their own families. How, now, when everybody is asleep, and if there are fires, and if there is a tsunami, are we going to respond?” asked Ramos, a retired Army officer.

The government has a plan, which “we don’t want to have to implement,” he said.

When we’re all victims

Ramos said the MMDA and the local government units have already prepared for a scenario when “we are all victims, and even the responders are also victims.”

“Rescue units from Central Luzon and Calabarzon (Cavite, Laguna, Batangas, Rizal and Quezon) regions will help. Then there will be a second wave; a high-tech, emergency response unit in Cebu will also help. We have systems in place. They will respond to help us,” he said.

To reach Metro Manila, “we can go by land, by plane, or by ship,” Ramos said. In Subic, he pointed out, responders can dock to reach Manila, or where the units can fly in from outside of Manila.

In the metropolis itself, he said, some equipment have already been “prepositioned.”

“Do you see those container vans below the flyovers, belonging to the MMDA? Those are collapsed structure equipment,” Ramos said. Made from very strong material, the equipment will be used to extricate and retrieve people in case the flyover falls.

While Ramos sounded upbeat about the government’s capability to respond to a disaster of such magnitude, a Phivolcs scientist was far less optimistic.

“I doubt that we are ready,” science research specialist Enrico Mangao of the agency’s Seismological Observation and Earthquake Prediction Division said in an interview at the Phivolcs’ head office in Quezon City.

One problem is the Filipinos’ mentality, Mangao said. “It is only during an emergency when we become interested in safety. Only now, after this recent incident, but after this, it will be gone. We will stop preparing our houses, and our families,” he said.

Two of the most serious challenges are the substandard quality of buildings, which may collapse in case of a strong earthquake, and the general disarray of buildings, Mangao said.

“For us to say we’re prepared, our buildings, residential houses have to meet prescribed Building Code standards,” Mangao said. “Even creeks, which are not supposed to be built on, have been filled up, with houses constructed on top. A creek is a sign of weakness of the land. There may be intense shaking during an earthquake,” he said.

“We were supposed to have this grand urban plan during the time of the late President Ferdinand Marcos (in the 1970s), but that never really panned out,” he said.

A 2000 seismic hazard assessment of Metro Manila published in the Bulletin of Seismological Society of America found that the capital has been “heavily damaged by earthquakes at least six times in the past 400 years, but the specific sources for the earthquakes are uncertain.”

“Many faults have been identified around and within Metro Manila, but the Valley Fault System that runs north to south along the west and east edges of the Marikina Valley is thought to pose the greatest threat to Metro Manila due to its close proximity,” according to MMEIRS.

“This means that the active phases of the Valley Faults are approaching, and many research studies indicate that the estimated magnitude will be seven or more,” it said.

The study noted that Metro Manila, together with neighboring provinces, was growing and its population could reach 25 million by 2015.  “This growing urbanization is creating unacceptable levels of an earthquake disaster in terms of both human and property losses,” it said.

Among the strategies the study laid out for a quake-resilient Metro Manila were: