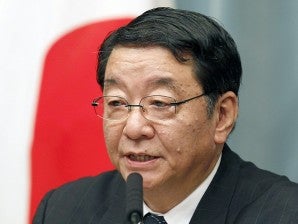 BEIJING—Japan and North Korea are set to meet Wednesday in their first face-to-face talks in four years as diplomats see if they can start laying the groundwork to overcome a troubled history.

Ties between the countries have long been strained amid decades of mutual distrust, though they periodically try to resume dialogue with the ultimate — and so far elusive — goal of establishing formal diplomatic relations.

The discussions, expected to last at least a day, come as governments and analysts seek clues about the emerging foreign policy of North Korea’s leader Kim Jong-Un, who took over after his father Kim Jong-Il died in December.

The issues that have long bedevilled Japan-North Korea relations, however, remain largely the same, so it remains unclear how much, if any, progress can be made in the encounter in Beijing, China’s capital city.

Tokyo continues to want further answers regarding the fates of citizens abducted in the past by North Korean agents, amid suspicions in Japan that Pyongyang has failed to provide all the information it has.

Pyongyang admitted in 2002 its agents kidnapped Japanese in the 1970s and 1980s to help train spies by teaching Japanese language and culture, and allowed five of them and their family members to return to Japan.

It said another eight had died, though many in Japan hold out hope they remain alive. There are also suspicions that Pyongyang’s agents abducted more Japanese than was admitted.

Japan says North Korea agreed to reopen investigations into the fate of abducted Japanese when the two sides last met in 2008.

From a security standpoint, Japan also remains wary of North Korea’s past ballistic missile tests over its territory or aimed at its airspace as well as underground nuclear experiments in 2006 and 2009 and threats of more.

North Korea, meanwhile, craves trade with Japan yet blasts its military alliance with the United States, colonisation of the Korean peninsula in the first half of the 20th century and treatment of ethnic Koreans in Japan.

Heavily militarized and largely impoverished North Korea, prone to damage from natural disasters such as flooding due to poor infrastructure and deforestation, struggles to feed its people.

In announcing the talks earlier this month, Japan characterized them as “preparatory” and meant to discuss topics for future meetings.

“We have been working based on the principle of settling the unfortunate past and on restoring normal relations,” Chief Cabinet Secretary Osamu Fujimura said.