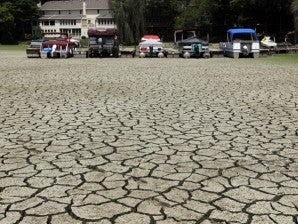 There is more than 50-percent chance that El Niño will develop towards the end of the year and all the signs bear an ominous resemblance to the catastrophe that struck three years ago.

Nathaniel Servando, chief of the Philippine Atmospheric, Geophysical and Astronomical Services Administration (Pagasa), expressed this fear even as he pointed out that the beginnings of El Niño could be one reason behind the enhanced monsoon, which has brought torrential rains over Metro Manila and western sections of Luzon in recent weeks.

One potential recipe for meteorological disaster is when El Niño, the abnormal warming of eastern Pacific waters, interacts with the monsoon cycle, raising water vapor levels in the air and causing cyclones to behave more unpredictably.

The last time a developing El Niño overlapped with the southwest monsoon was in September 2009, when Tropical Storm “Ondoy” wreaked havoc in Metro Manila and nearby provinces.

From August 6-8, floodwaters submerged 80 percent of Metro Manila, following incessant monsoon rains that exceeded even Ondoy’s 24-hour rainfall level. There was no prevailing cyclone at the time.

“We are monitoring this very closely. Based on our data, there is now more than 50-percent chance that El Niño will hit us in the later part of 2012, most likely November or December,” Servando said.

The World Meteorological Organization was more conservative, saying there was only “a slight chance” that El Niño conditions might develop sometime during July to September, based on its latest update.

But Australia’s weather bureau said there were clear signs El Niño was developing in the Pacific, while its Japanese counterpart said the phenomenon was already underway, based on news reports.

The study noted that “in 2009, the Philippines was characterized by hazards and disasters that were mostly triggered by too much water—from floods and flash floods to landslides.”